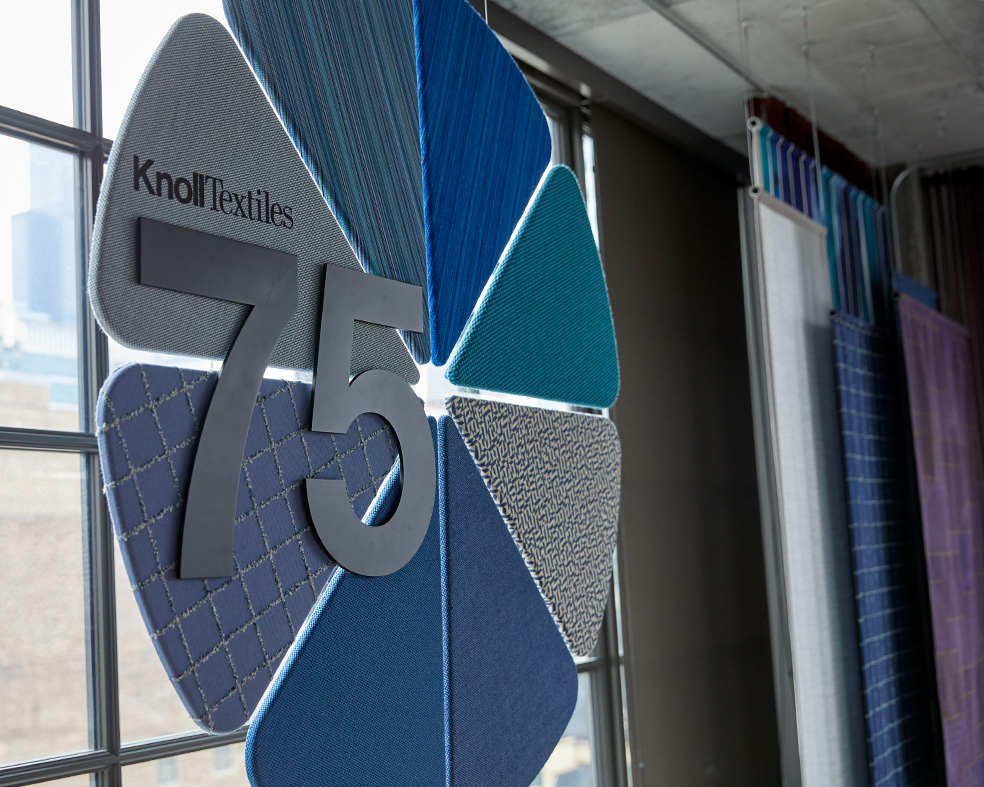 During MillerKnoll Design Days, KnollTextiles celebrated its 75th anniversary with an archival textiles exhibit and a preview of The Heritage Collection—eight new products inspired by the KnollTextiles archives, including fabrics that date back to the company's founding in 1947. 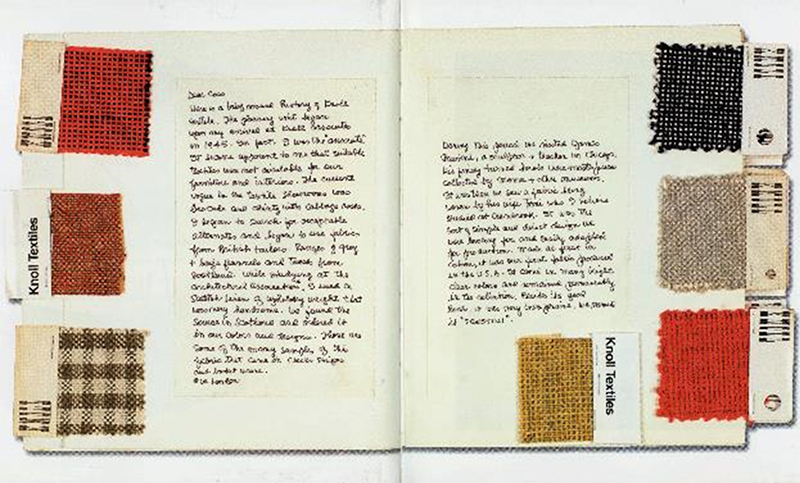 “A good fabric has to relate to the person, the object, and the atmosphere.” - Florence Knoll​

The origin of Knoll’s textile division lay in what Florence Knoll called “necessity,” as her design vision was initially hampered by the lack of “suitable fabrics” available in the post-war period. Inspired by menswear, Florence employed garment fabric for upholstery use and introduced the first commercial textile. This unexpected adaptation of simple menswear fabric for furniture application signified the beginning of Florence Knoll’s enduring legacy of innovation and the founding of the KnollTextiles business in 1947. 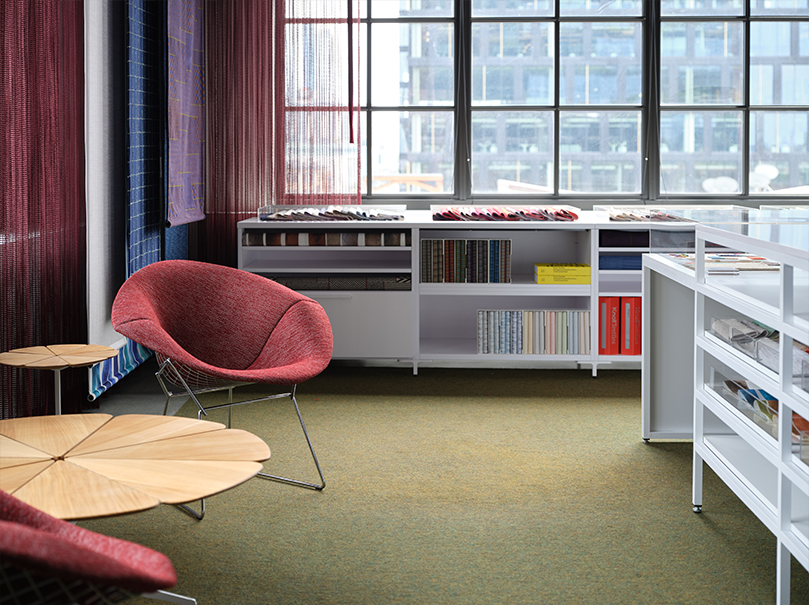 We were honored to tell the story of KnollTextiles’ founding and share our rich history at MillerKnoll Design Days, which took place at Knoll’s Chicago showroom between June 13-15, 2022.

Over three days, our Fulton Market space was bustling with excitement as hundreds of visitors stopped by to explore classic KnollTextiles fabrics and catch a glimpse of our upcoming Heritage Collection.

Showcasing a wide range of textiles, from recent collections to never-before-seen samples​, our showroom was a celebratory display of KnollTextiles’ commitment to modern design over the past 75 years. 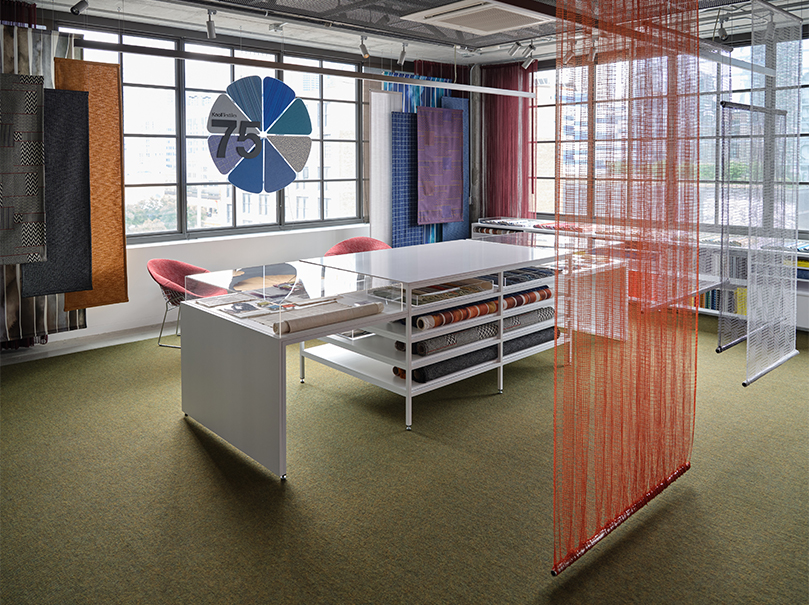 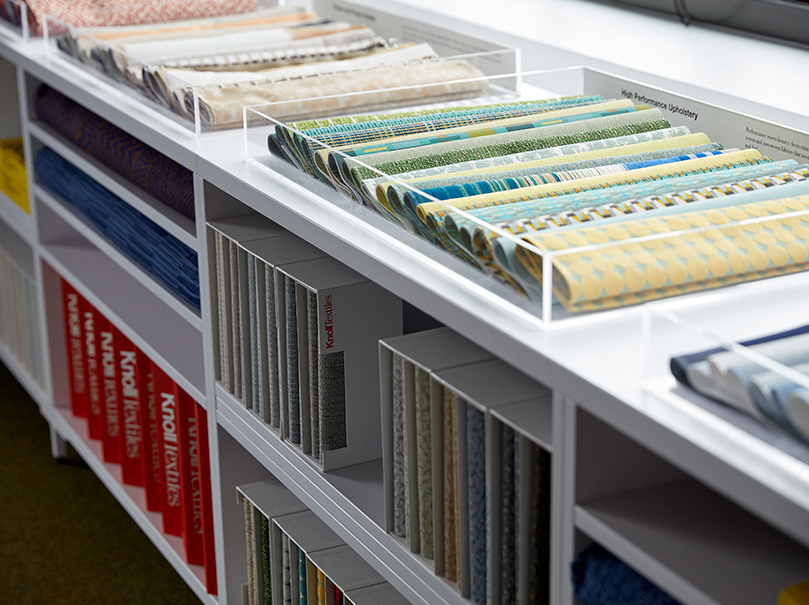 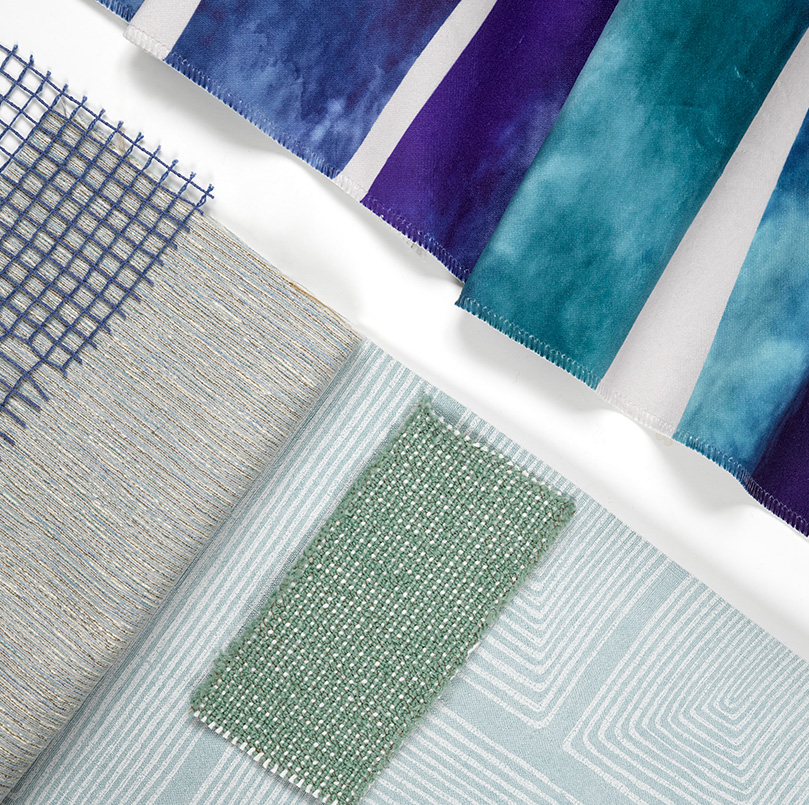 Launching at the end of July 2022, The Heritage Collection comprises eight archive-inspired textiles that honor the history of KnollTextiles and build upon the brand’s modernist traditions.​

Be the first to know about The Heritage Collection updates by signing up for the KnollTextiles newsletter. 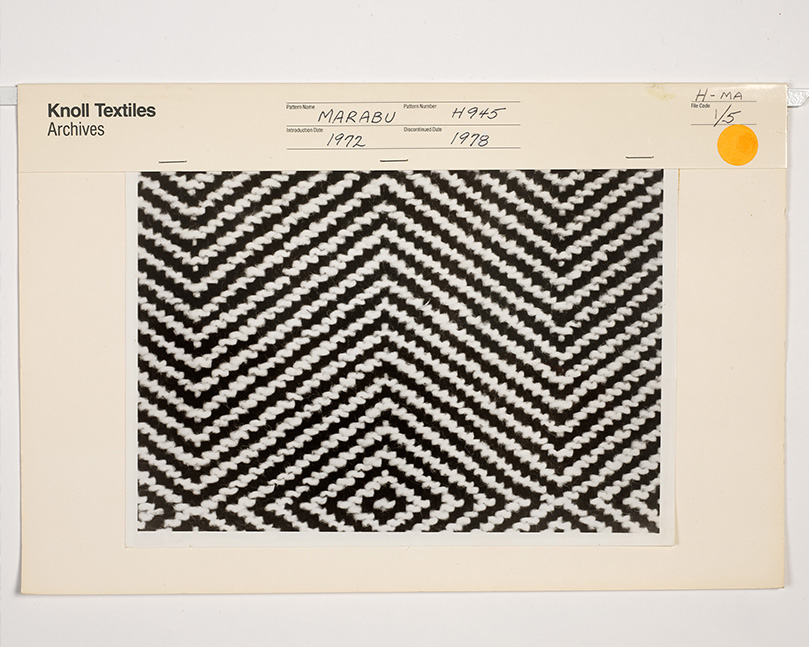 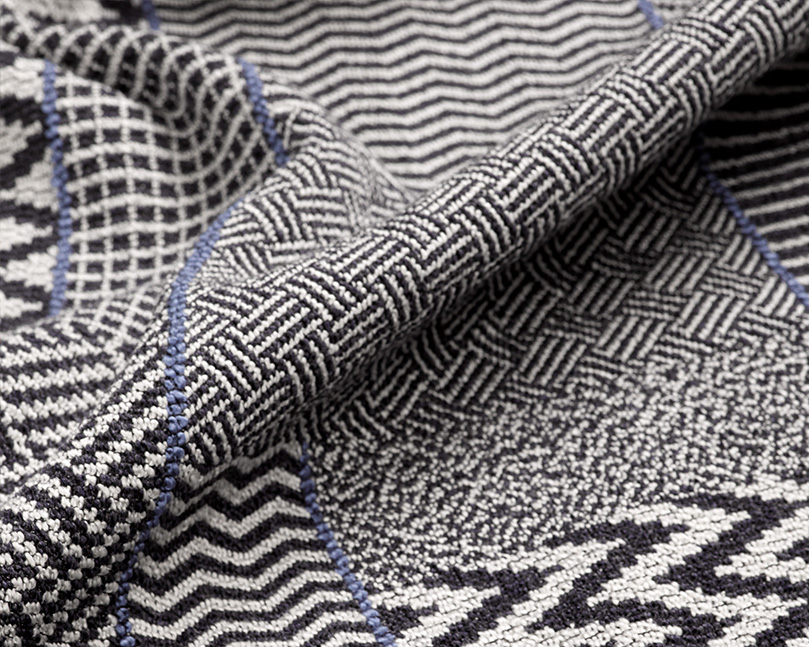 Homage, 2022
A nod to KnollTextiles’ history of creating textures with a handcrafted aesthetic. 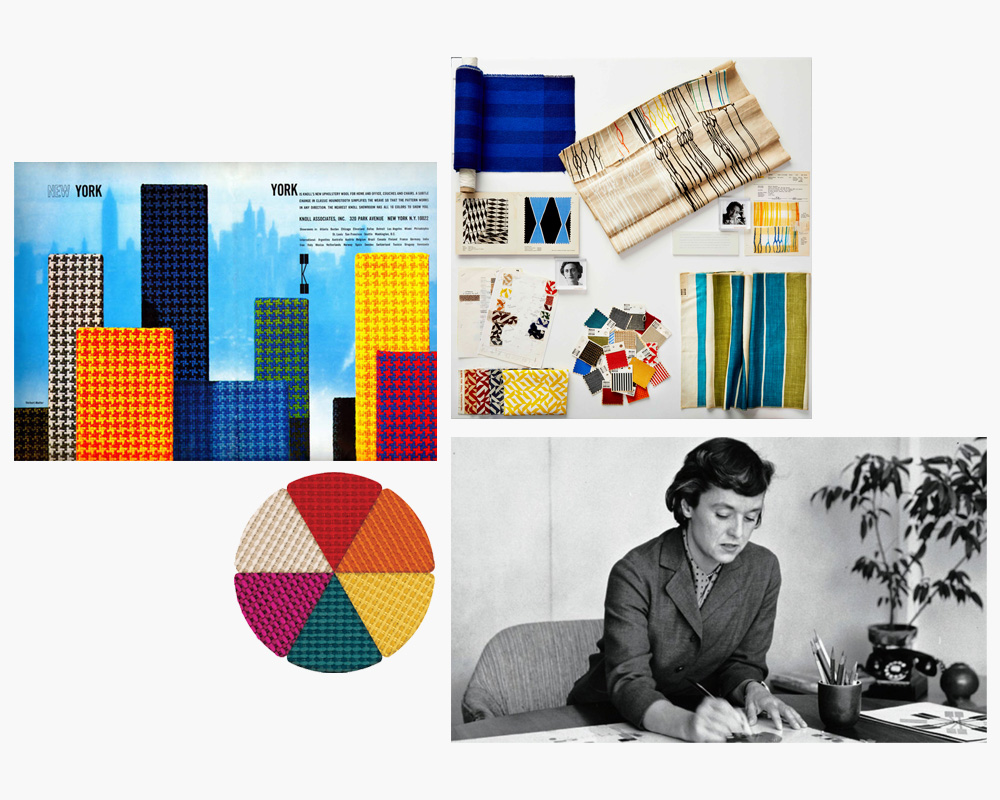 Modern Textiles Over the Years

Called "the single most powerful figure in the field of modern design” by The New York Times, Florence Knoll was a design icon who pioneered the concept of integrated fabrics for modern interiors.⁠ Under her leadership, KnollTextiles became well known for textural solid upholsteries that could withstand the demands of the workplace.

She established a practice of collaborating with highly talented designers and publicly crediting them for their work, forever changing the language of modern textiles. Some of the iconic fabrics that have helped define the KnollTextiles line include Nylon Homespun (1965) by Suzanne Huguenin, Eclat (1974) by Anni Albers, and Cato (1961) by Paul Maute, which became one of Knoll’s most successful products and is currently still in production.

Today, we continue to honor the principles of exacting and pioneering design set forth by Florence Knoll almost 75 years ago. 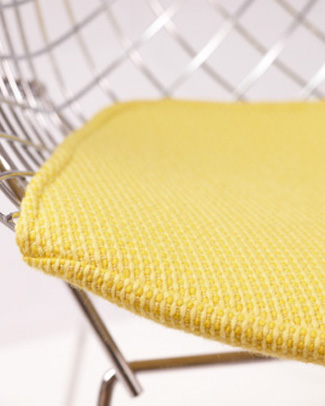 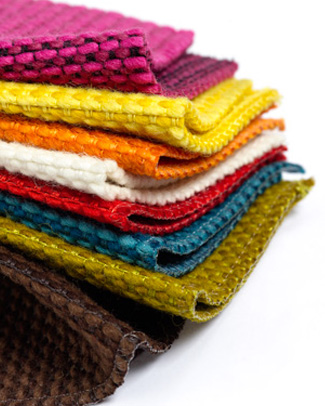 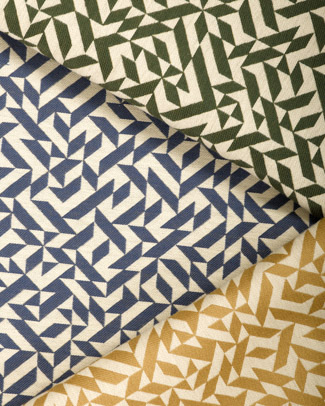 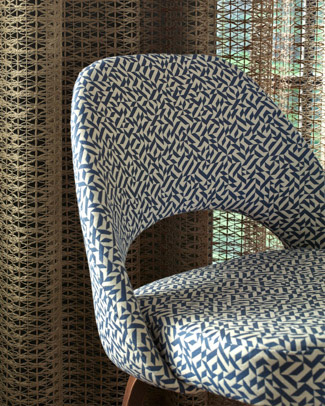 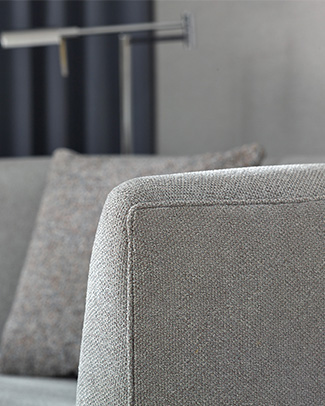 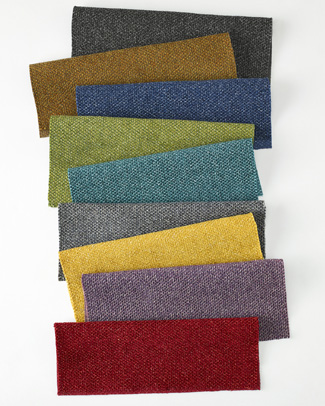 Watch: Florence Knoll and the Story of KnollTextiles