Paying particular attention to how people use lounge seating, Cini Boeri designed her third lounge collection for Knoll to deliver multiple sitting zones. The matching ottoman complements the sofa and lounge chair or, on its own, makes for a great pull-up seating option in any setting. The entire collection harmonizes generous proportions and sleek lines to deliver a modern solution for today’s more expansive interiors. The ottoman is supported on a metal chassis with casters for easy movement and increased flexibility. 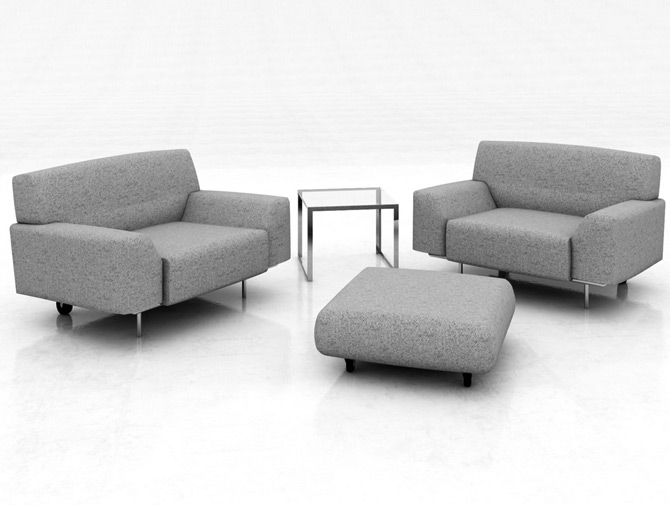 Cini Boeri, who designed two lounge collections and many showrooms for Knoll in the 1970s, was an obvious selection for Knoll Director of Design Benjamin Pardo to make when he began looking for a designer to develop a new lounge collection in 2007. Boeri, one of the preeminent Italian Modernists, responded to the design challenge by applying modern simplicity and materials to proportions more common to the overstuffed sofa and lounge chair.

The result, according to Pardo, “is really something quite practical. The sofa in particular has great nap potential, with low arms that are perfect headrests. The seat and a half is a great place to sit down and snuggle with a child or a dog, or also sit down and work with your computer. All of the pieces are quite deep, and big in scale with big floppy pillows that you can support yourself with.” 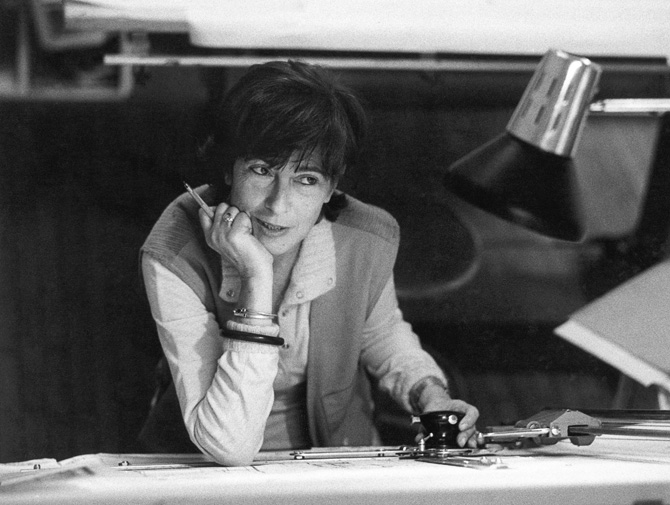 Working as an architect and industrial designer, Cini Boeri has made a career of exploring the ideas of expandability and pliability across several disciplines. After graduating from Politecnico di Milano, she collaborated on several projects with Marco Zanuso. Boeri’s architecture, furniture, and lighting designs incorporate a broad spectrum of materials including formless foam and bent glass.

Boeri was a contributing designer for Gavina SpA, an Italian design firm acquired by Knoll in 1968. After the acquisition, Knoll introduced many Gavina Group designs into the Knoll portfolio, including Boeri’s Lunario table. The Gradual Lounge, her first piece designed specifically for Knoll, was an innovative, adjustable lounge system. Boeri later recalled that she, “tried to do the design in a most vigorous and strict manner. It was a system, a new way to produce a sofa in plastic. It was assembled of many seats with the possibility to move them, making a circle larger or smaller for a conversation.”

Boeri’s Brigadier sofa was put into production by Knoll in 1978. A departure from many of her previous designs, the Brigadier featured rigid side and back panels painted in high-gloss colors but still retained Boeri’s signature soft upholstery. Throughout the 1970s, Boeri designed showrooms for Knoll in France, Germany, Italy and California. Today, she heads an architecture studio in Milan. Boeri returned to Knoll in 2008 to introduce the Cini Boeri Lounge Collection.

More in the Cini Boeri Collection