Kazuhide Takahama first crossed paths with Italian design promoter and entrepreneur Dino Gavina at the 1954 Milan Triennale. The two formed a bond that would last half a century and result in the worldwide popularity of Takahama’s foam block designs. Gavina, who felt that simplified production should be the primary concern of all modern design, was attracted to the rational clarity and manufacturability of Takahama’s designs

When Takahama moved to Bologna to immerse himself in the Italian design scene he had fallen in love with, he was invited to design for Gavina SpA, which introduced the Taka Bench, GEA Storage System and 3 foam block lounge collections— Suzanne, Raymond and Marcel.

When Knoll acquired Gavina SpA in 1968, most of the designs were briefly marketed by Knoll, but only the Suzanne proved popular enough to remain in the catalog. It sold well through the 1980s, was discontinued for a time, and eventually reintroduced in 2006. 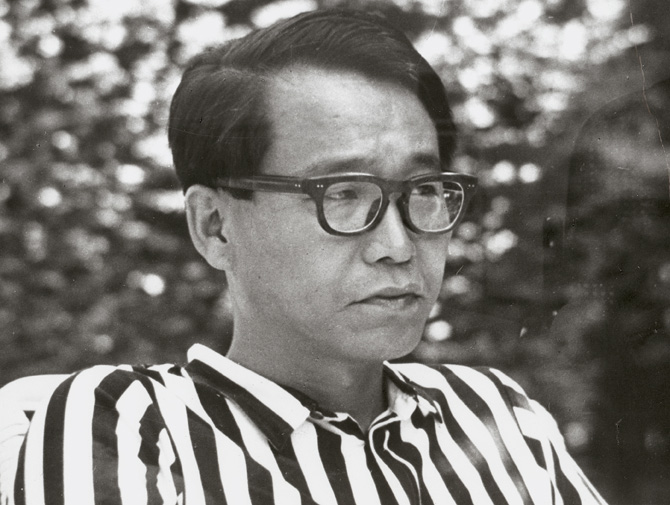 After graduating from the Tokyo Institute of Technology in 1953, Kazuhide Takahama designed the Japanese Pavilion for the Milan Triennale. While supervising the installation, Takahama met Dino Gavina, who invited him to design for his design company, Gavina SpA. Over the next decade, Takahama introduced several designs through Gavina, including a knocked-down storage unit called DaDa and a semi-circular shelving system called GEA.

When Knoll acquired Gavina in 1968, three lounge collections by Takahama — Marcel, Raymond and Suzanne (named after Takahama’s sister) — were added to the Knoll portfolio. Only the Suzanne proved popular enough to remain in the catalog. Designed in 1965, the Suzanne embodies Takahama’s acclaimed talent for fusing Eastern and Western design principles. While the materials and detailing were fully modern, the overall effect was one of serenity and simplicity.

More in the Suzanne Lounge Collection