Designed as part of a new collection of stools and tables by Edward Barber & Jay Osgerby for KnollStudio, the Piton Side Table brings a relaxed, contemporary attitude toward interior design. 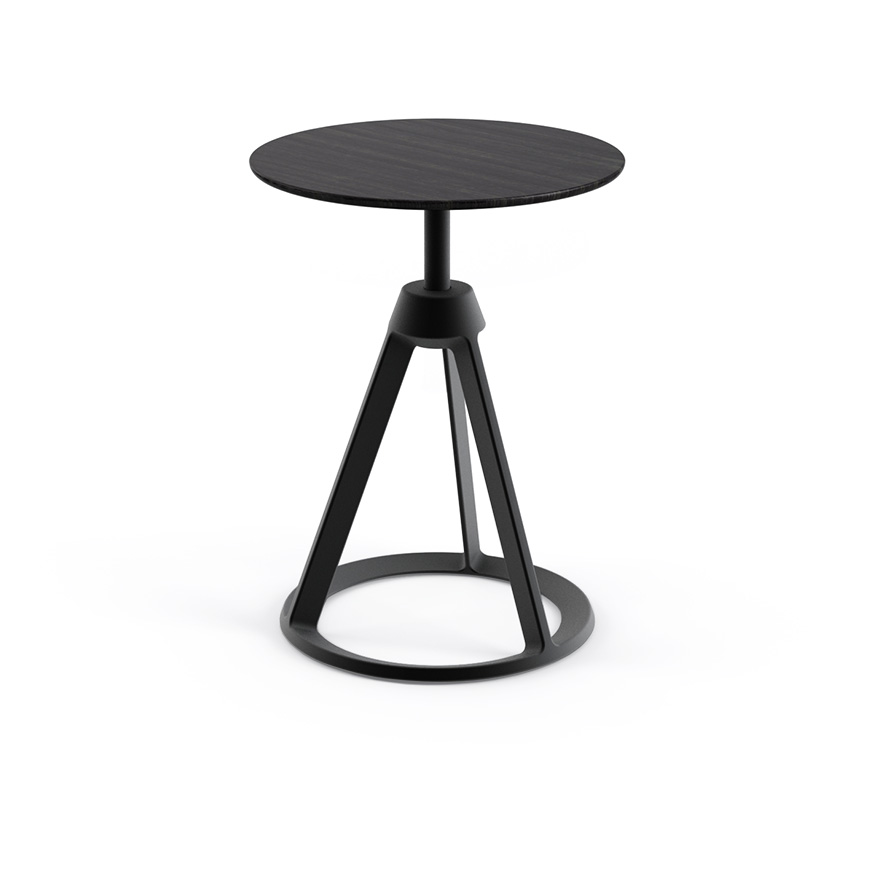 Base: constructed of die-cast aluminium with stainless steel fasteners and finished with a highly durable powder coat in black.
Tops: finishes in wood and marble
Not suitable for outdoor use 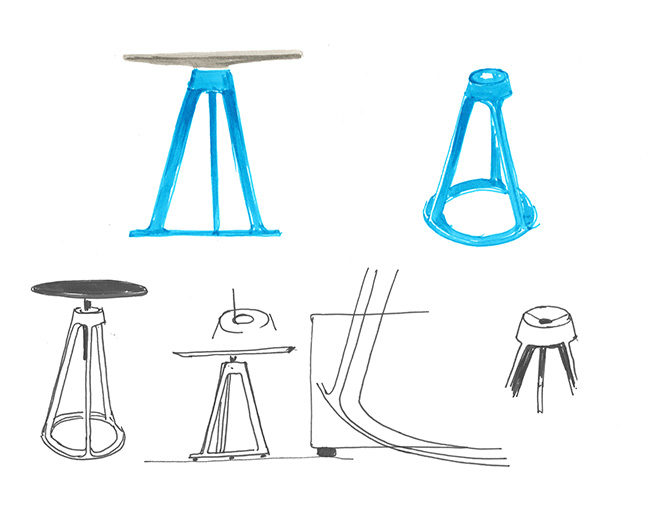 Taking cues from the aesthetic principles of Modernism and pragmatic considerations of the height-adjustable stools manufactured for sewing professionals in the mid-century era, the Piton™ Stool and Table are equally well suited for industrial tasks and domestic settings.

The geometric, elementary framework of the pieces is an interpretation of the familiar tripod structure; the conical base, unified by two concentric rings, guards against the potential for imbalance caused by an uneven floor, equally distributing weight so as to counteract the tendency of the stool's three-legged counterpart to wobble. The die-cast material is equally resilient to abrasions and dents, having been cast from the same material used for the foot of the Barber Osgerby Lounge Collection. 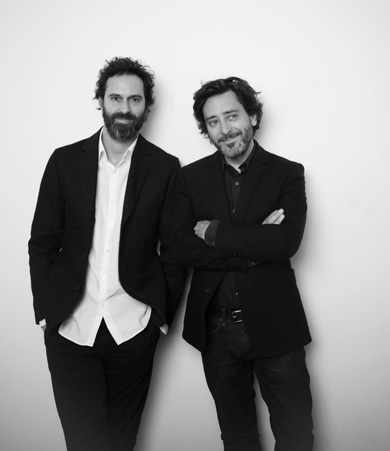 Edward Barber and Jay Osgerby’s Studio in East London is at the hub of the city’s creative industries. Edward and Jay are internationally renowned designers, they challenge the boundaries of design in this country and abroad, and help to develop the next generation of designers through lectures, workshops and studio practice.

Having obtained their Masters’ degrees in architecture at The Royal College of Art, they founded Barber & Osgerby in 1996.

They bring different qualities to the practice but, whilst being conscious of, and informed by the past, both believe in innovation, and experimentation with form and new technologies within an ethical framework. Their work recognises the close relationship between design and fine art, as evidenced, for example, in their many installations.

This strong foundation has led to collaborations with some of the world’s most progressive companies [1], and inspiring individuals, leading to recognition within the profession when they received the Jerwood prize in 2004, the accolade of Royal Designers for Industry (RDI) in 2007, and were awarded honorary doctorates by several institutions. In 2013 they received the Order of the British Empire (OBE) for services to the design industry. [2]

Their design for the Olympic Torch in 2012 resonated with the wider public, and perhaps projects such as: The design for the £2 coin commemorating the 150th anniversary of the London Underground, Double Space, 2014, the installation of revolving mirrors in the Raphael Gallery at the V&A London, and Forecast, the wind-powered installation displayed at Somerset House in London, for the first London Design Biennale, have a visibility which makes their studio’s creations accessible to a wider public. Their diverse output includes architecture, interiors, sculpture, product and exhibition design.

Permanent and prestigious collections worldwide house examples of their work, including the V&A Museum, London; New York’s Metropolitan Museum of Art; London’s Design Museum and the Art Institute of Chicago.

Alongside their primary studio, in 2001 Edward Barber and Jay Osgerby founded Universal Design Studio, now recognised as one of the world’s most innovative creative design consultancies working in architecture, interiors, and exhibition design. In 2012 MAP was launched, a strategy-based industrial design studio that draws on the creative and commercial expertise of the Barber & Osgerby studio.