Florence Knoll described her designs as the meat and potatoes, the fill-in pieces which had to be provided. "I needed the piece for a job and it wasnt there, so I designed it." While this may have been the motivation for the 1961 Table Desk, the perfectly proportioned and flawlessly detailed result is anything but a fill-in piece. 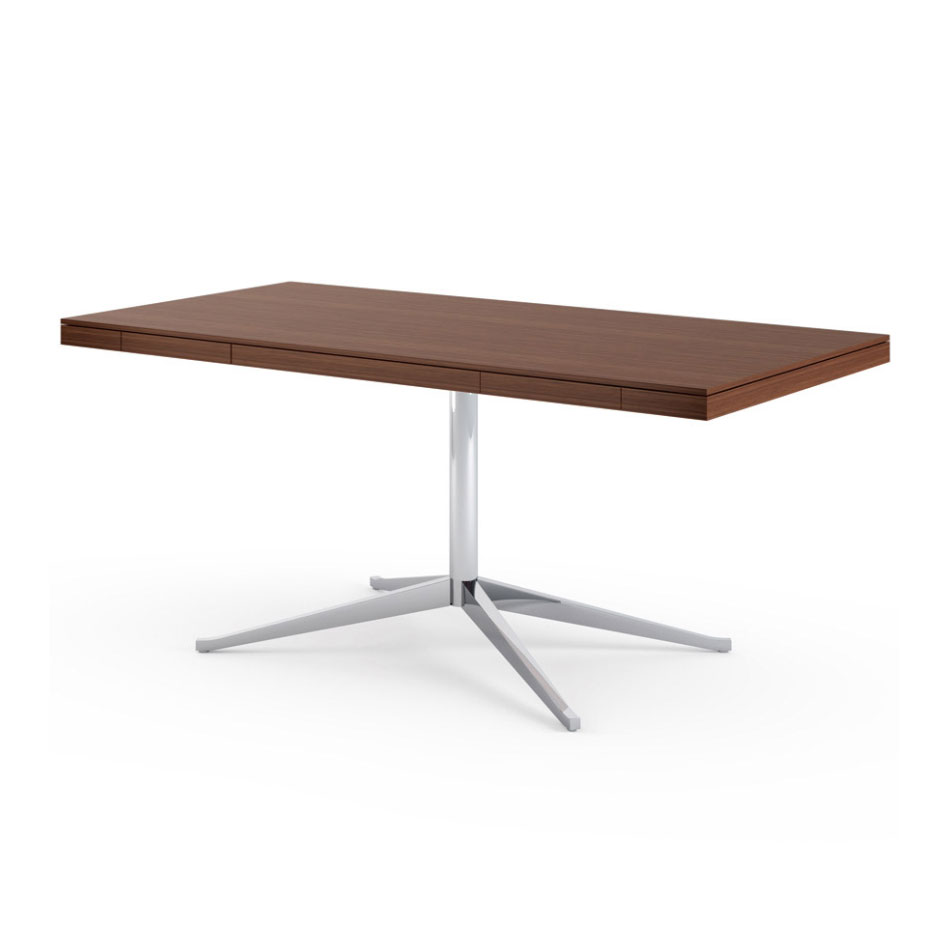 Table Desks are available as oval or circular tables. The Florence Knoll Desk is available with a rectangular top and two pencil drawers. KnollStudio logo and Florence Knoll's signature are stamped into base of table.

Base available in polished or satin chrome.
Top available in white laminate, veneer finishes, frosted glass, or marble options. The Rectangular Desk is available with wooden top only. 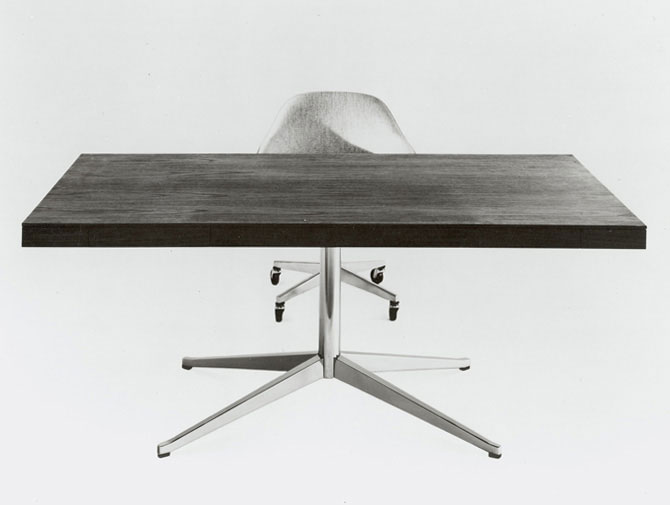 Prior to the pioneering approach of Florence Knoll and the Knoll Planning Unit, executive offices in America were nearly all planned the same way. Florence Knoll described this standard layout in her 1964 “Commercial Interiors” entry for the Encyclopedia Britannica: “In such an office there was always a diagonally-placed desk, with a table set parallel behind it, a few chairs scattered around the edge of the room, and a glassed in bookcase. The table behind the desk generally became an unsightly storage receptacle.” Seeking to create a space better suited to the executive’s primary function — communication — Florence reconsidered the illogical layout from an architectural perspective. She eliminated the imposing desk, replacing it with the more inviting table desk, placed parallel to the back wall. Storage was moved to behind the table in a matching low credenza.

The elegant 2480 Pedestal Table Desk, introduced in 1961, exudes executive quality and epitomizes Mies van der Rohe’s impact on Florence’s approach to design. Each detail was endlessly refined to achieve simple, seemingly effortless beauty. Knoll Development Group member Vincent Cafiero: “She had an ability to see. I remember working with her on the base of the table, and we were talking about fractions of an inch — 16ths and 32nds of a taper — just to get it absolutely right.” Despite being conceived for the office, the table has found itself in many dining rooms over the last fifty years. 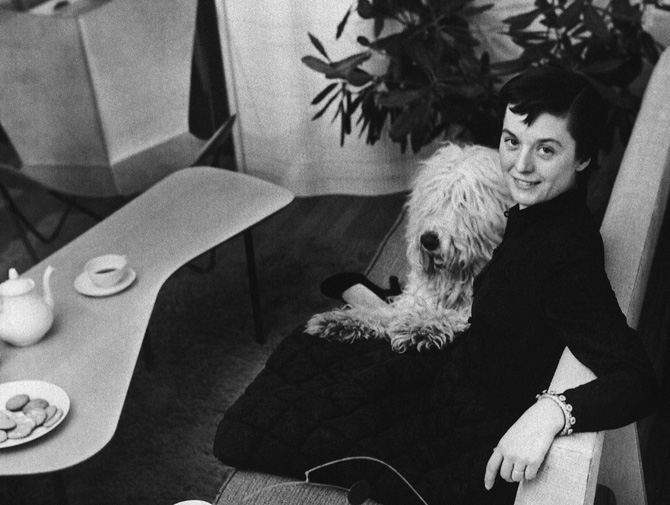 While a student at the Kingswood School on the campus of the Cranbrook Academy of Art in Bloomfield Hills, Michigan, Florence Knoll Bassett (née Schust) became a protegée of Eero Saarinen. She studied architecture at Cranbrook, the Architectural Association in London and the Armour Institute (Illinois Institute of Technology in Chicago). She worked briefly for Walter Gropius, Marcel Breuer and Wallace K. Harrison. In 1946, she became a full business and design partner and married Hans Knoll, after which they formed Knoll Associates. She was at once a champion of world-class architects and designers and an exceptional architect in her own right. As a pioneer of the Knoll Planning Unit, she revolutionised interior space planning. Her belief in "total design" – embracing architecture, manufacturing, interior design, textiles, graphics, advertising and presentation – and her application of design principles in solving space problems were radical departures from the standard practice in the 1950s, but were quickly adopted and remain widely used today. For her extraordinary contributions to architecture and design, Florence Knoll was accorded the National Endowment for the Arts' prestigious 2002 National Medal of Arts.