For its 80th anniversary Knoll pays tribute to design originality, creating a special edition of the Butterfly chair. The year 1938 was a very fertile one for design history: among many developments, the Knoll company was founded, and a very special chair was designed, which Hans Knoll decided to include in the firm’s catalogue from 1947 to 1951, meeting with remarkable success. 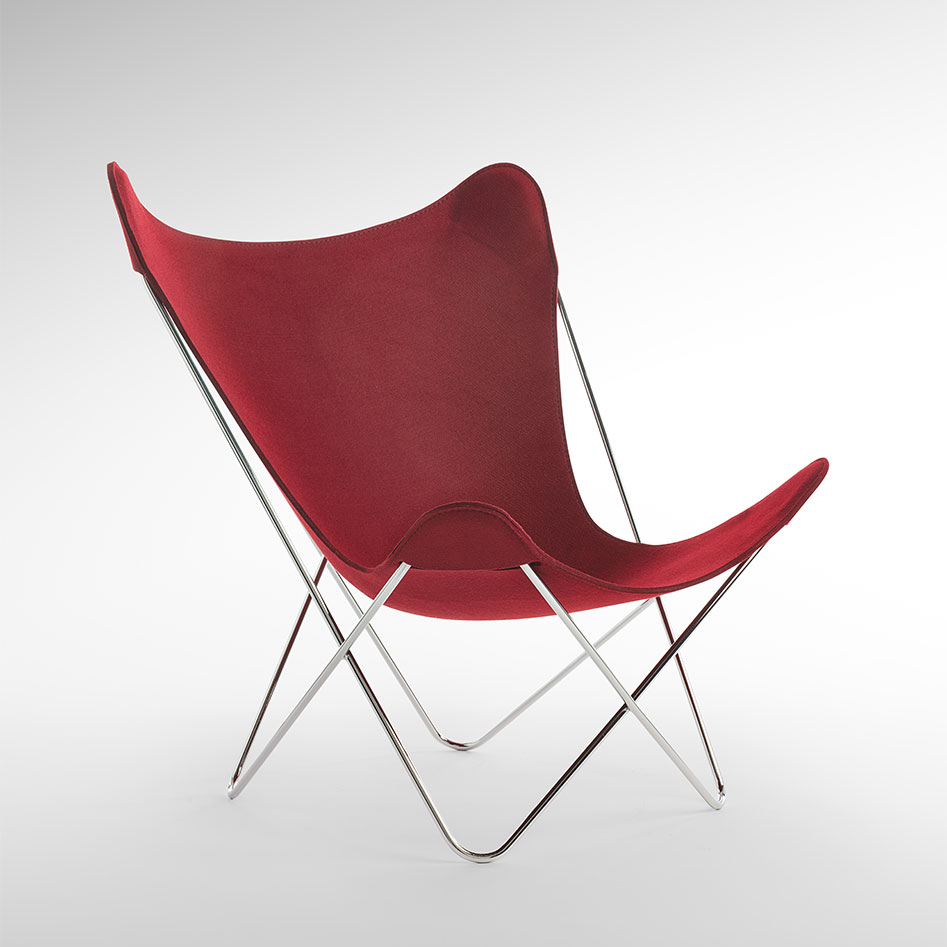 Thanks to the technological prowess and fine craftsmanship of Knoll – indispensable allies to achieve products of the highest quality – today’s Butterfly has sinuous, dynamic lines, which are also made possible by the quality of the materials involved: the structure is in chromium-plated or coated steel, in white or black, while the seat is made with thermoformed felt. This element, in particular, represents the true innovation of the project, because thanks to its workmanship it becomes a self-supporting structure with the dual role of seat and covering. Furthermore, the laser shaping of the fabric, without added stitching, permits the direct interlock of the seat and the steel framework, ensuring comfort and elegance.

Chrome, Black and white base.

Felt is available in different colours.

A tribute to the original design of Knoll: the 80th anniversary edition of the Butterfly chair.