Whether placed in front of a Barcelona Chair, or standing alone, the Barcelona Stool exudes a simple elegance that epitomises Mies van der Rohe's most famous maxim - "less is more". 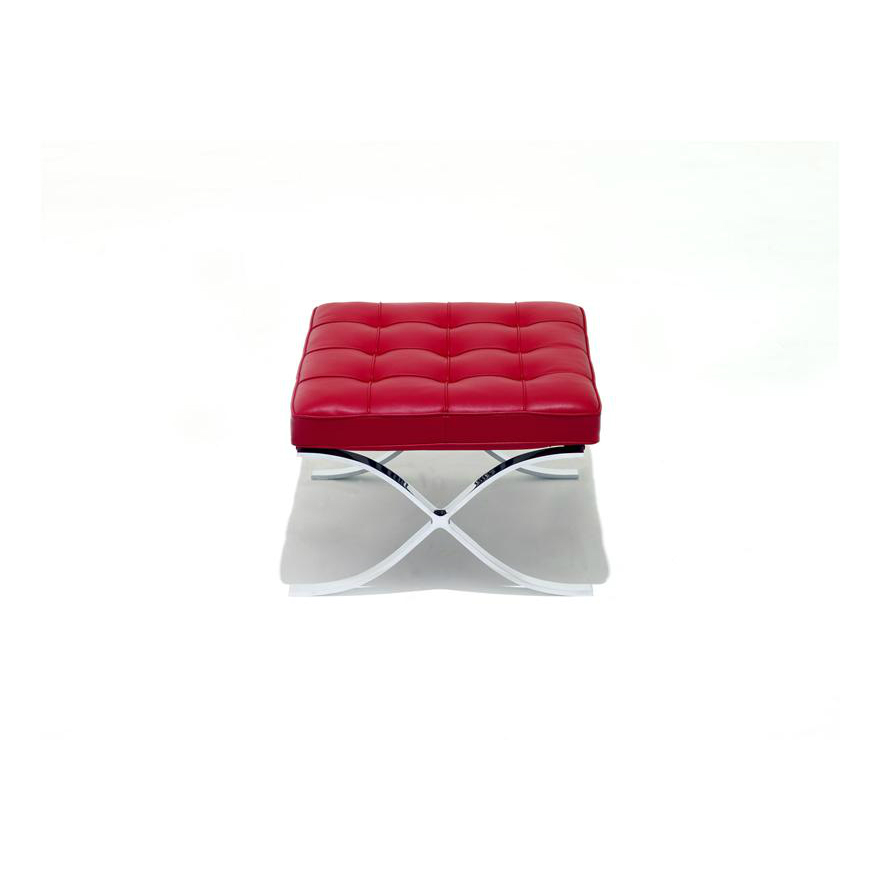 A signature KnollStudio design, produced to Mies' original specifications.
Exclusive manufacturing and sales rights were accorded to Knoll by the designer in 1953. The Barcelona stool is also available in the Kid version.
The KnollStudio logo and the signature of Ludwig Mies van der Rohe are stamped into the base of each stool.

The polish steel frame is hand-buffed and hand-finished to a mirror finish.
The cushions are upholstered with 16 individual panels cut, hand-welted and hand-tufted from a single hide.
Side and edges of upholstery straps are dyed to match specified upholstery colour.

Available in a range of Spinneybeck leathers.
The frame is in polish chrome. This product is available with foam that meets requirements for BS5852. 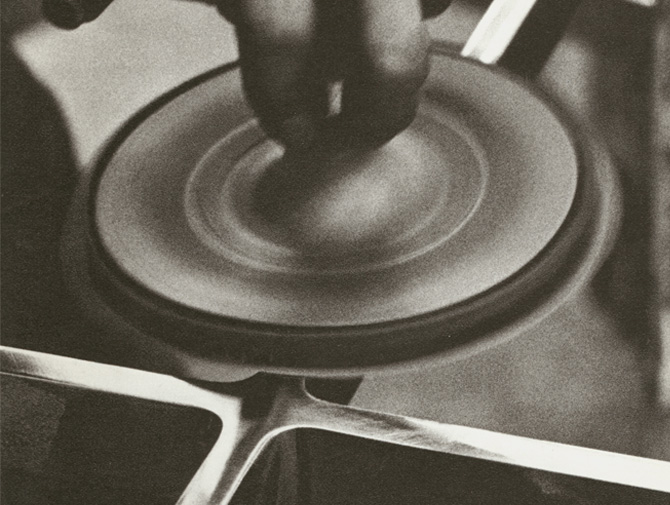 As a rising figure of the modernist movement, Ludwig Mies van der Rohe was selected to design the Weimar Republic’s Pavilion for the Barcelona Industrial Exposition of 1929.

Through masterful proportioning and planning, Mies created a rhythmic and entirely unprecedented space, which elevated industrial-age materials to a level of grace never before achieved. Inside, Mies included chairs and stools conceived as a resting place for the King and Queen of Spain. Determined to create a chair worthy of royalty, Mies is thought to have based the designs, with their signature criss-cross frames, on the campaign chairs of Ancient Rome. Mies: “I feel that it must be possible to harmonise the old and new in our civilisation.” Although the Barcelona Pavilion only stood for seven months, it is recognised as a defining achievement of modern architecture, as are the accompanying Barcelona Chairs (although the King and Queen reportedly never sat in them). Mies, a close friend and mentor to Florence Knoll during her time at the Illinois Institute of Technology, formally granted Knoll the production rights to the Barcelona Chair and Stool in 1953. The designs immediately became a signature of the Knoll brand and have been built to Mies van der Rohe’s exacting standards ever since. Discover the story of the Barcelona Chair 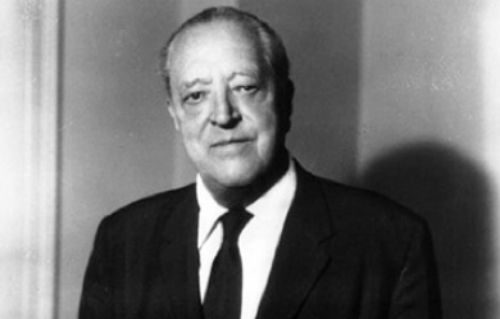