Drawing inspiration from traditional designs, but asserting itself with an industrialised craft aesthetic, the Krusin Table complements the Krusin Lounge and Side Chairs. Like the chairs, the tables leave no joint unresolved and no angle unconsidered, resulting in a subtle elegance that harmonises with any setting.

*For more options, please contact the authorized dealer closest to you. 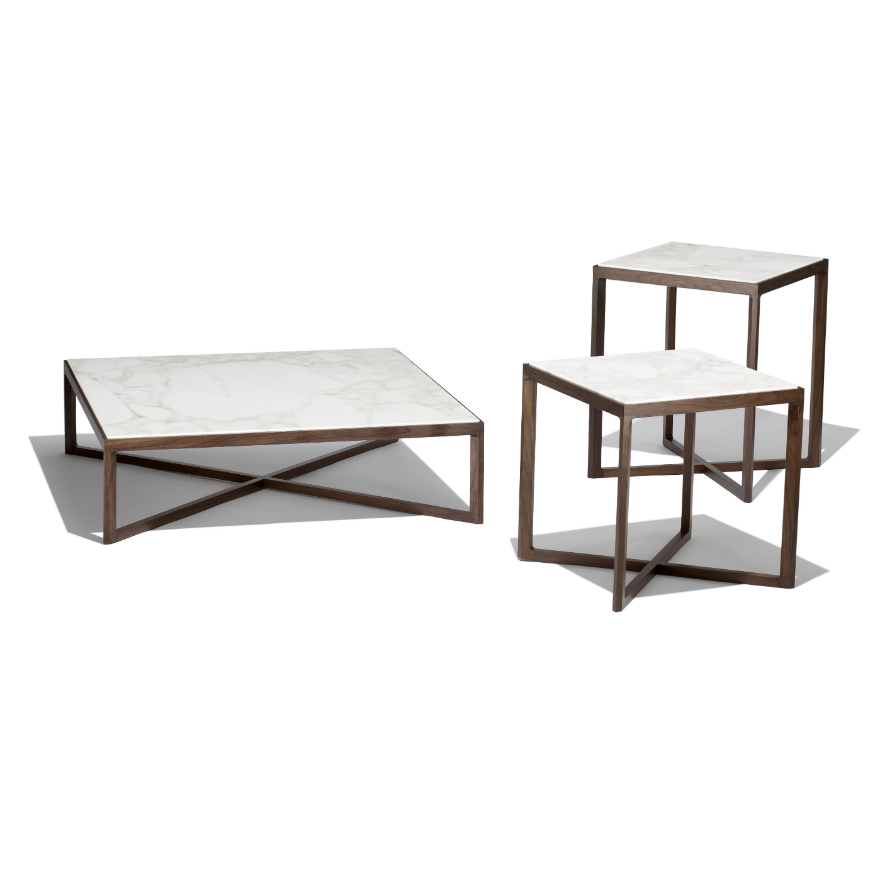 The Krusin Collection offers a new low sheen urethane finish in select natural and stained woods. The sheen registers 10 degrees and is considerably less than our standard wood. The low sheen offers the same protection but gives the wood a much more 'natural' look and feel.

Structure in different wood finishes and top in marble, clear glass and wood. 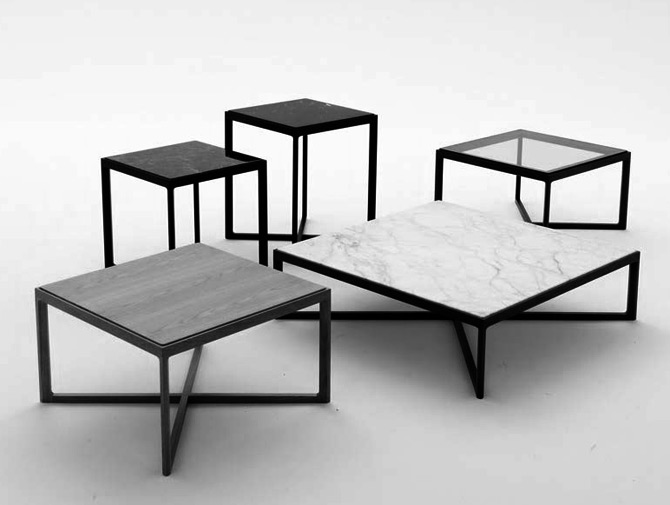 Marc Krusin: “The tables were part of the same development as the chairs. The chairs really inspired them in a way, inspired the detailing within that cube. The main structure is all being made in the USA, by a great bunch of guys who were so flexible throughout the whole design process — so fast and extremely talented. They were always available to make all the petty modifications that, between myself and Bejamin Pardo, the Design Direction, were thrown at them.

“Personally I would always try to strive for something that is clean, that is visually silent, to study and rework, and tweak the proportions and the details to such a refined level that it becomes as perfect as it can be within that framework. “I see it as being a design that can fit into a lot of scenarios. To me, there is something very noble about an object that sits within a space not shouting for your attention, but blending into it. The outcome is absolutely contemporary, but at the same time absolutely classic and absolutely timeless.” 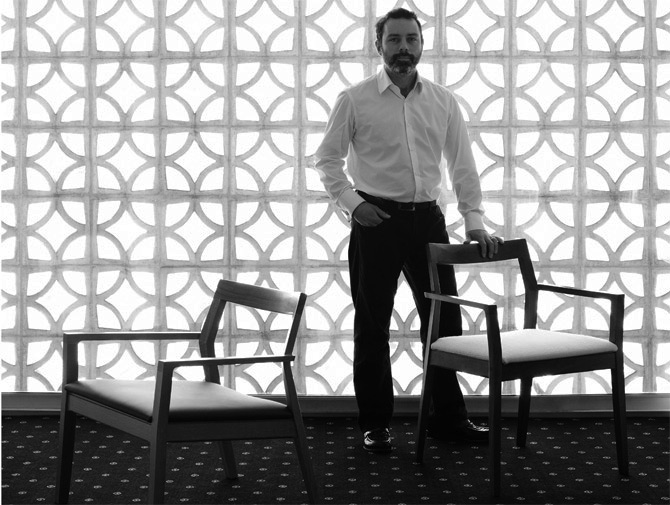 Marc Krusin was born in London in 1973. He graduated in the UK and after placements with Fred Scott and George Sowden, he began his career in Milan collaborating as a designer with various studios. These include Piero Lissoni’s office, where he is presently design manager and runs projects for clients of international reputation such as Alessi, Kartell, Flos, Thonet, Wella, Fritz Hansen and Knoll.

In 1998 he co-founded the Milan based group Codice 31 with five other designers from diverse backgrounds. The group’s first appearance was at the 1998 Milan furniture fair’s “Salone Satellite” exhibition for young designers and in successive years it enjoyed continual expansion and gained an increasing importance in the design world, collaborating with some of the sector’s most prestigious companies. Since 2004 he has collaborated with Omnidecor and in 2006 a series of Marc’s decorations for float glass were commercialised marking the beginning of a close working relationship which led to an entire new product image and presentation concept designed by Marc for the company. Marc has continued to design furniture, products, exhibitions and spaces for well-known companies in the design industry.