Designed in 1960 and originally manufactured from 1964-79, the steel and leather ‘sling chair’ or '657', as it is commonly called, offers a refined combination of materials and finishes. Tubular steel legs connect to cast-aluminum arms and stretchers with exposed hardware, exemplifying Pollock’s simple design approach. The chair was reintroduced 2014. 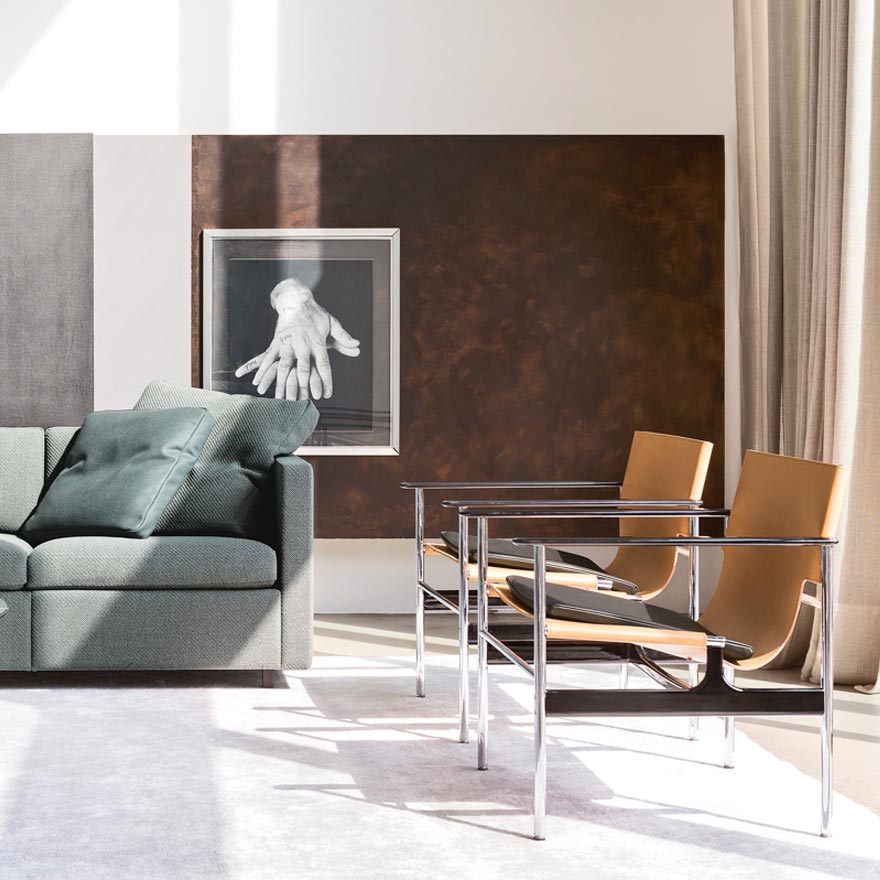 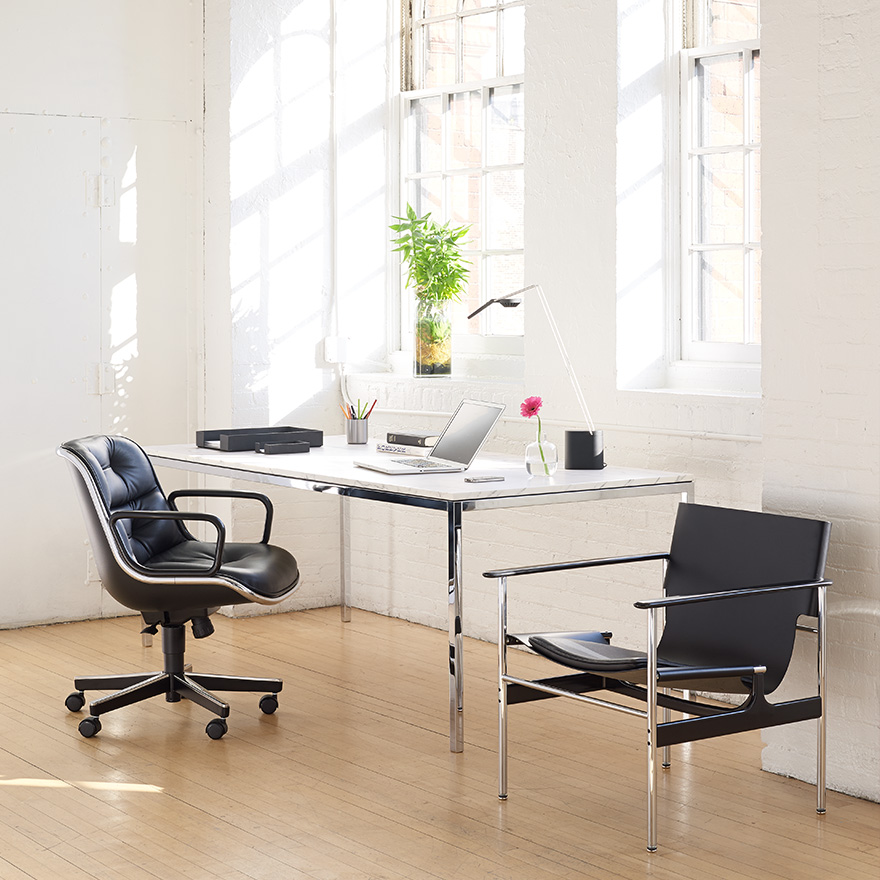 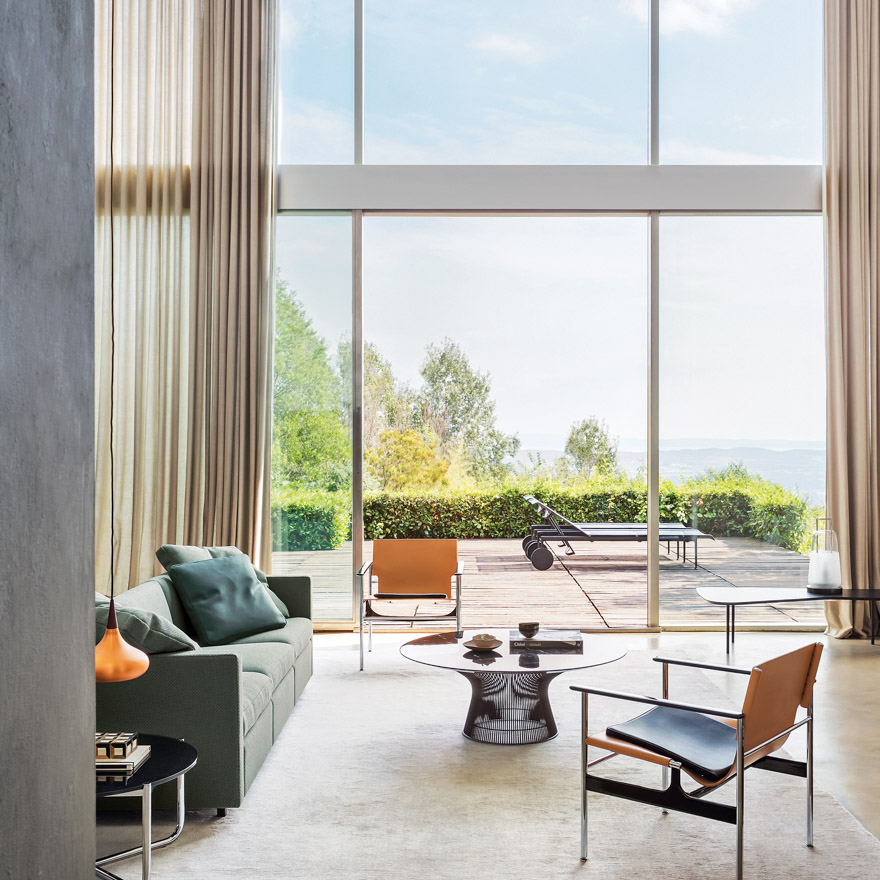 Discover the Pollock Arm Chair in the Archive