This unexpected circular booth comes in forty-eight inch diameter size with sound softening properties inside and out plus has oodles of finish options. Conceived by iconic designer and Knoll alum, Carl Gustav Magnusson, Silent-Silo’s clever circular design takes up a smaller footprint while maximizing functionality.

And unlike most office booths, Silent-Silo does double duty on sound absorption with a quiet interior perfect for heads-down work or a private phone call and an exterior that softens sound all around. Choose from over one hundred finish options of 100% Wool Design Felt and Flexible Wood to create a Silent-Silo that's all your own.

Choose from over one ninety colors of FilzFelt 100% Wool Design Felt. 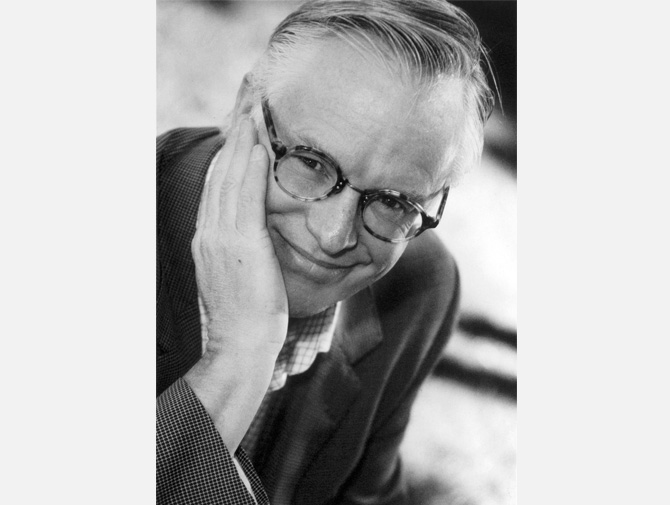 Swedish-born Carl Magnusson grew up in Toronto and Vancouver, Canada. He studied architecture and design at the University of Idaho as well as at the Chalmers Institute of Technology in Gothenburg, Sweden. In 1966, he moved to Los Angeles and joined the office of Charles Eames.

Magnusson’s long and influential career with Knoll began in 1976, when he joined as the Director of Graphics and Showroom Design. Promoted to Director of Design for Europe shortly thereafter, he designed Knoll showrooms in London, Frankfurt, Stuttgart, Zurich, Florence, Rome, Amsterdam, and Turin.

In 1993, Magnusson was named Worldwide Director of Design, a post he held until his retirement from the company in 2005. In addition to producing his own designs, including the RPM chair and the Magnusson Desk, Magnusson was an instrumental collaborator on countless projects, helping to bring others’ ideas from the sketch pad to the showroom. Magnusson has an uncanny ability to take the sometimes lofty concepts of world-class architects into production.

Magnusson also helped grow the scope and vision of Knoll as a leader in the design community. He was behind the visionary Knoll Design Symposium, an event held annually at the Cranbrook Art Academy during the 1990s, which brought together professionals from all corners of the design world to share experiences and knowledge. In 1997, Carl Magnusson co-founded the Knoll Museum, in East Greenville, Pennsylvania as a way to preserve and celebrate the company’s rare and discontinued products.