Andrew Morrison—who designed the Morrison System, the best-selling product in Knoll history—died on July 27, 2021, at his home on Long Island, NY. Morrison was 82. Known as an iconoclast and a curmudgeon by those who knew him best, he was also described as “one of the best designers ever” by his former design partner, Bruce Hannah. Morison and Hannah designed several minimalist seating products for Knoll in the 1970s, including “sling” multiple lounge seating, which incorporated a sailboat mast for multiple seating, and the dramatically simple 2300 task chair in 1971. The Knoll team developed significant product enhancements along the way, including the Morrison Network in 1990, with designs by Robert Reuter, John Rizzi, Brooks Rorke and Bill Stephens as well as the Reuter Overhead in 1992.

The original team that developed the Morrison System has had a lasting impact on Knoll—Ron Snyder, now Director of KnollStudio Product Development, and Bryan Bray and Randy Snyder are still with Knoll. In addition, team leaders Robert Reuter and Charles Rozier went on to design Currents, one of the first workplace systems designed specifically for the computer age and defined by a central spine, introduced in 1998.

Douglas Reuter, Knoll Vice President of Ideation, remembers an early lesson in reductionism from Morrison, rejecting the quote often attributed to Ludwig Mies van der Rohe—“God isn't in the details! God would eliminate all the details!” 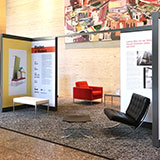 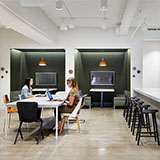 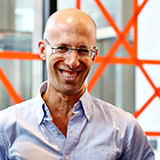