The next generation to enter the workforce, Generation Z's digital upbringing uniquely impacts their perspectives on work and life

Born and raised in the age of digital technology, Generation Z has never known life without cell phones or the internet. Often referred to as “digital natives,” they comprise about 20 percent of the population in the U.S. and Canada and will soon surpass Millennials as the largest generational cohort globally. However, they aren’t simply “young Millennials”. They represent the dawn of a truly new generation, and their differences show up in their views on both life and work, according to new research from Knoll.

Spanning from 10 to 25, the oldest Gen Zers have begun to enter the job market and are expected to leave a major impact not only in the workplace, but on the world.

With their unique perspective and passion for making a lasting difference, Knoll sought to understand Generation Z – born between 1995 and 2010 – collectively and as individuals.

“Our goal was to learn more about the motivations, aspirations, communication and work preferences of this newest workplace generation since they will inform the decisions we make in terms of logistics and work culture,” explained Kylie Roth, Knoll, Vice President, Research. “Our hope is to better design and plan environments and implement strategies that speak to the unique needs of Generation Z as well as in combination with the desires of the other generations in the workplace.”

Speaking with more than 60 Gen Zers from across the United States generated some interesting findings and moving conversations, according to Roth.

“Our analysis not only gave us insight as to what might inspire them in the work environment, but also showed that despite the differences in their world, they are very much like us in many ways. There is no ‘one thing’ that defines them; rather, they each have issues and activities they are passionate about,” she explained.

“As we conducted and parsed this research, some common themes emerged,” added Carolyn Cirillo, Knoll, Manager, Workplace Research. “We identified these ideas as the 5Gs: Gaming, Gigs, Gender, Giving and Green,” she said, adding that each “G” speaks to the passions and preferences of Generation Z.

“We also spoke to them about how recent events had affected their outlook. While we are all experiencing trying times, we think hearing from these amazing young people will reassure faith in the future,” she added.

Gen Z is the most ethnically diverse generation in U.S. history — 48 percent identify as non-White — as well as well-educated. One in two will have a college education, up almost 20 percent in just one generation. They’re also mobile — and are predicted to work 18 jobs, have six careers, and live in 15 homes in their lifetime.

They spend 7½ hours a day in front of a screen, multi-tasking with an average of five devices/platforms at once. But technology is not just for fun — it’s also for connecting with classmates and teachers, posting philanthropic or entrepreneurial ideas, and more.

And with their first-hand experience in environments where equity, diversity and inclusion are the norm, they have similar expectations for tolerance in their future workplace. They are unashamed and open about coping with depression, anxiety and neurological differences ranging from ADHD to spectrum disorders, which will carry over into their working environments, too.

The 5Gs of Generation Z

Applying lessons learned from the 5Gs that Knoll identified — Gaming, Gender, Gigs, Giving and Green — serves to inform the future of workplaces, the researchers noted.

Perceptions of gamers as bleary-eyed teens who play for hours in their parent’s blacked-out basement, surviving solely on Cheez-its, cold pizza and Mountain Dew do not equal reality, Knoll learned. Video gaming — comprising eSports, mobile and console gaming — has seen massive growth in the last ten years with 66 percent of Americans over the age of 13 reporting playing video games and eSports, claiming some 25.7 million viewers in the U.S.

Gaming also serves as a source for social connection, especially through multiplayer games that connect players in real time. Moreover, gamification is being applied to learning experiences and non-digital settings, creating positive effects on motivation, happiness and productivity — skills Gen Z can use in their future workplaces.

Generation Z is the most racially and ethnically diverse generation yet. As an inclusive and accepting generation, Generation Z believes gender is a fluid and non-binary identity. Many believe that society’s changing perspective and acceptance of gender identity is a positive thing as it allows people to be more expressive of their true selves.

The majority of Generation Z believe in equal rights between men and women and are supportive of equal rights for transgender people. Gen Zers also see growing racial and ethnic diversity as a good thing. And, when it comes to mental health and neurological differences this generation has a greater openness about their symptoms and struggles.

Gen Zers exemplify the gig economy. Low barriers to entry and an adeptness at learning new skills online has simplified starting businesses that range from Etsy shops to fashion vlogs to sneaker reselling to music streaming. As they look towards their careers, in a study of Millennials and Gen Z, more than 80 percent of Generation Z indicated an interest in participating in the gig economy.

With economic uncertainty and job insecurity having been a constant fixture of their adolescent lives, the idea of a job for life may seem unthinkable to many young people. But an entrepreneurial spirit does not mean that all Gen Z team members want to start their own company. Many in Generation Z will seek to use their skills and innovative approach within larger organizations.

According to data from the VIA Institute on Character, Kindness has the second highest average character strength for Generation Z. Honesty is number one. This cohort recognizes the privileges in their own lives and there is no doubt that giving back is at the heart of Generation Z. Motivated by passion and wanting to make a difference, they are seeking out ways to give back either through advocacy, activism, volunteerism, invention or entrepreneurship. Even though they are financially conservative and most are not at their highest earning potential, many still support causes they care about through philanthropy as more than 40 percent have donated to charity. If they aren’t donating themselves, they might be leading the philanthropy and fundraising initiatives through GoFundMe campaigns or tapping into their social networks to support the causes they care about.

Multiple studies have found that the environment is one of Generation Z’s biggest societal concerns. Not only do they believe leaders should be focusing on policies and programs to protect the environment, they are engaging in personal lifestyle behavior changes to support their beliefs about the environment, Knoll learned. From recycling and reusable straws to divestment and conscious consumerism, Generation Z makes environmental issues a priority. As they have committed to these values in their personal lives, we can expect they will bring these ideas and values into the workplace.

The complete research report, including profiles of many of the young people interviewed and a video of Generation Z in their own voices, can be found on the knoll.com

Knoll, Inc. is a constellation of design-driven brands and people, working together with our clients in person and digitally to create inspired modern interiors. Our internationally recognized portfolio includes furniture, textiles, leathers, accessories, and architectural and acoustical elements. Our brands — Knoll Office, KnollStudio, KnollTextiles, KnollExtra, Spinneybeck | FilzFelt, Edelman Leather, HOLLY HUNT, DatesWeiser, Muuto, and Fully — reflect our commitment to modern design that meets the diverse requirements of high performance workplaces, work from home settings and luxury residential interiors. A recipient of the National Design Award for Corporate and Institutional Achievement from the Smithsonian`s Cooper-Hewitt, National Design Museum, Knoll, Inc. is aligned with the U.S. Green Building Council and the Canadian Green Building Council and can help organizations achieve the Leadership in Energy and Environmental Design (LEED) workplace certification. Our products can also help clients comply with the International Living Future Institute to achieve Living Building Challenge Certification, and with the International WELL Building Institute to attain WELL Building Certification. Knoll, Inc. is the founding sponsor of the World Monuments Fund Modernism at Risk program. 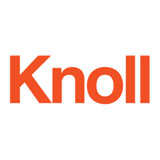 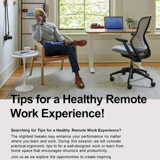 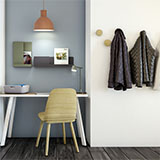