The recipient of the 2018 World Monuments Fund/Knoll Modernism Prize is Agence Christaine Schmuckle-Mollad, selected for the outstanding preservation of the Karl Marx School located in Villejuif, France. Agence Christaine Schmuckle-Mollard is the seventh winner of the World Monuments Fund/Knoll Modernism Prize. Several notable digital design press outlets – from Architectural Digest to Wallpaper – promptly featured the winner of the biannual award, which honors architects and designers working to preserve the Modern movement. Originally designed and constructed by French architect André Lurçat, the school was initially completed in 1933. “They really understood the school’s original idea, which was that how you learn and the environment you learn in are really knitted together,” Lisa Ackerman, CEO of World Monuments Fund told McGrath, “They wanted to restore the building, to make it sing as a school, and be faithful to the original design elements.” In addition, McGrath noted the special mention of Frank Lloyd Wright’s Unity Temple in Oak Park, Illinois by Harboe Architects. Wallpaper also highlighted the announcement and winning project. Editor Ellie Stathaki praised Agence Christiane Schmuckle-Mollard for their work on the Karl Marx School, stating that, “’the most beautiful school in France,’ was meticulously restored to its former glory.” 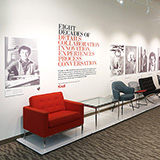 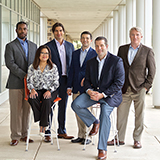 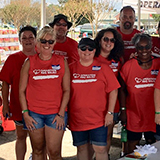 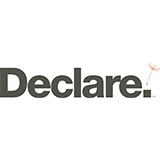