Transformative space praised for marriage of heritage and hospitality

Chicago Magazine featured Knoll at Fulton Market in its October 2019 issue. Asking readers, "What if Mies van der Rohe Designed Your Furniture?", Assistant Editor Phoebe Mogharei highlighted the transformative space and its presentation of design classics. Of Knoll’s pioneering of Modernism in America, Mogharei writes, “The Pennsylvania-based furniture company ushered in a new wave of interior design during the middle of the 20th century, locking down iconic pieces from the Likes of Ludwig Mies van der Rohe and Marcel Breuer.” In addition, Chicago highlighted Knoll at Fulton Market’s hospitality-based experience. “Visitors are encouraged to try living with the products, with help from the open espresso bar,” writes Mogharei. Commenting on the space's welcoming ambiance, Knoll Design Director Benjamin Pardo states, “Go up and say, ‘Can I have a cup of coffee? I’d like to look at a couple of things.’ It creates an environment that people want to go to.”

Debuting in June 2019 concurrent with the first-ever Knoll Design Days, Knoll at Fulton Market is a transformative space that echoes the vitality of its reimagined urban neighborhood and reflects the connections across the way we work and live. 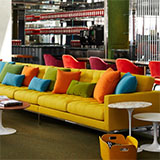 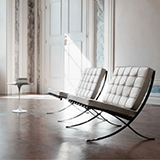 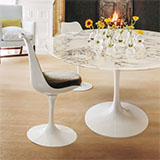 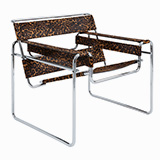