This year's recipient of the Florence Knoll Scholarship, Aleksandra Pollner, is a second-year student in the 3D Design Department. Originally from Seattle, Washington, she received a B.A. in Psychology and Literature from the University of Washington in 2004.

Pollner works in concrete, wood, porcelain, metal and stone. "I love it all, but the purpose is always to discover and to disclose the material's essence," she says. Pollner's designs ask the existential questions we ask of ourselves within an architectural space: How do objects influence us just as how does architecture influence us?

After graduation, Pollner plans to build a cabanon in the desert of Eastern Washington in collaboration with an architect and to continue to design.

This year's recipient of the Kass Bradley Scholarship, Hannah Vaughan, is a second-year student in the 3D Design Department. Originally from Los Angeles, she received her Bachelor of Arts degree from Oberlin College in 2009. Vaughan also attended Penland School of Craft in 2011, 2012 and 2015.

Vaughan works in metal and wood, employing both chainsaw carving and fine woodworking. "I want to make furniture pieces into poetic symbols of craft, sculpture and humanity's need to build and destroy," she writes of her work, which explores the overlap between minimalist form and "primitive gestures." 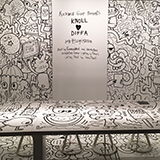 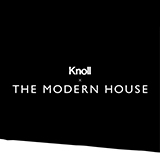 Knoll News
Knoll and The Modern House Collaborate on Instagram 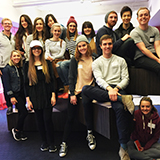 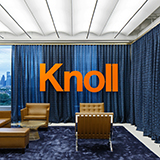