Knoll Designs featured in MoMA Exhibition How Should We Live? Propositions for the Modern Interior

Opened on October 1, 2016, How Should We Live? Propositions for the Modern Interior is a new exhibition at the Museum of Modern Art that explores the evolution of interior design in domestic, commercial, and cultural environments from the 1920s to the 1950s. Drawing from the museum’s vast collection of photographs, drawings, and furniture, curators Juliet Kinchin and Luke Baker sought to recreate immersive interior environments in favor of showcasing individual objects in isolation.

Featured in the exhibition is a recreation of the original 1948 Knoll showroom, then-located at 601 Madison Avenue in New York. The space was originally envisioned by Florence Knoll in collaboration with designer and photographer Herbert Matter, designed to permit clients the experience of a planned space of total modern design. The iconic slab serif logo and a dynamic cord installation, both designed by Matter, enliven the vignettes of interior spaces that were carefully put together by Florence Knoll. “Through this simple sculptural device, Herbert Matter alluded to the constructive, space-defining potential of textiles in the modern interior,” the exhibition reads. “Instead of presenting textiles in bins or rolls, Florence Knoll devised a trellis-like display system for samples that both created an abstract composition of texture and color and facilitated seasonal changeovers. Innovative showrooms and exhibition stands with a strongly planned, architectural feel were part of Knoll Associates’ winning midcentury formula.”

The recreated showroom portrays Knoll’s foundational tendency towards collaboration, one that would evolve into a rich constellation of designers and brands. “The kind of synergy that’s involved in creating any one of these ephemeral configurations of materials, spaces, visual representations—it becomes such a rich territory to explore,” remarked curator Juliet Kinchin in an interview with MoMA director Glenn Lowry, “because all the works […] in Modern Interiors are by their nature collaborative. They’re intrinsically the result of collaborations of many different kinds of creative skills.”

Also included in the exhibition is a recreation of designers Lilly Reich and Mies van der Rohe’s 1927 Velvet Silk Café in Berlin, a space defined by a series of curved fabric walls draped in velvet and silk. Operating in the museum as a functional café with furniture provided by Knoll, the design recognizes a crucial fifteen-year partnership between Reich and the famed German architect.

—How Should We Live? Propositions for the Modern Interior

Kinchin elaborated on the museum’s renewed curatorial focus on the work of female designers: “Although we have celebrated some of the iconic furniture pieces which are in the exhibition over many decades, I think we’re giving that narrative a new twist by really beginning to draw out in particular the contribution of many women who were professionally finding their feet in these three decades,” she said.

The exhibition How Should We Live? Propositions for the Modern Interior will be on view through April 23, 2017 at the Museum of Modern Art, located at 11 W 53rd Street in New York City. Museum hours are Saturday through Thursday from 10:30am to 5:30pm and Friday from 10:30 am to 8pm. 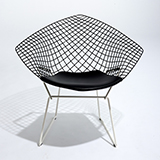 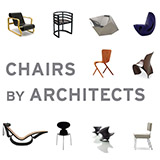 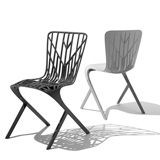 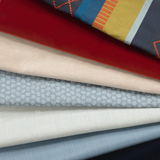