Just in time for summer, Knoll furniture was installed in the outdoor patio of the forthcoming Knoll showroom space in Los Angeles. Located in the iconic Gas Company Tower designed by SOM, Knoll began renovations for a new showroom in August of 2016 and is scheduled to open the showroom this summer of 2017. Right when Knoll Los Angeles was set to move into The Gas Company Tower, Brookfield Properties, the building landlord, mentioned plans for patio improvements. Immediately, the Knoll team submitted a proposal and specs for an all-Knoll solution.

Having been approved, Knoll installed 99 KnollStudio pieces, which includes white Bertoia Side Chairs paired with 1966 Dining Tables and Two-Tone Bertoia Diamond Chairs paired with Petal® Coffee Tables. The graffiti on the exterior wall of the adjacent building has been preserved as part of Arts Brookfield – Brookfield’s initiative to bring public spaces to life through art.

Skidmore, Owings & Merrill together designed some of the most iconic post-war modern buildings including the Lever House (1952), the John Hancock Center (1969), and the Sears Tower (1973). The modern architectural firm traces its design principles back to Ludwig Mies van der Rohe, leading the way to the widespread use of the International Style “glass box” skyscraper.

Given Mies van der Rohe’s connection with Knoll, it cannot be more appropriate that the company’s new showroom will be housed under some of the very same modern ideals that are inextricably tied to Knoll’s core. 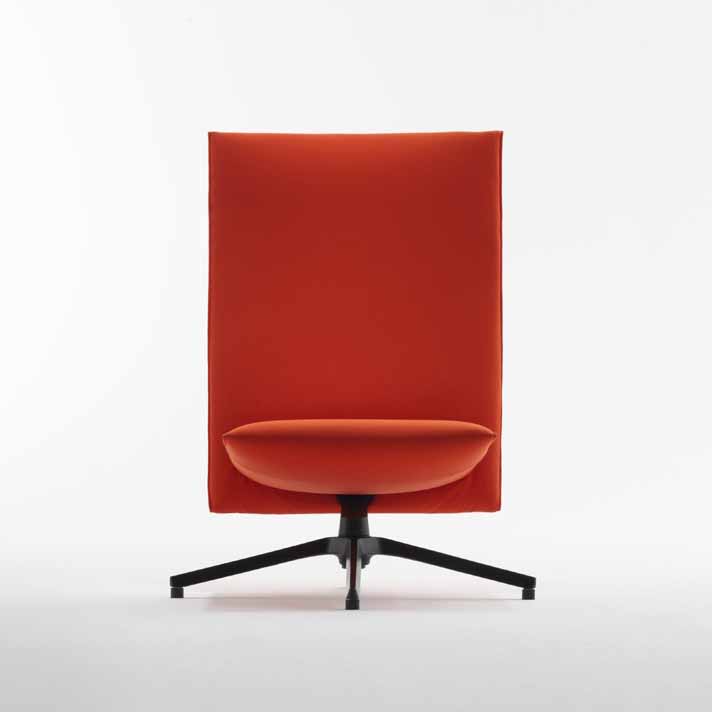