Made in America editorial highlights leading manufacturers in the United States

Dwell magazine featured the recently introduced Risom Barstool in Made in Made in America 2019: The Makers to Know in Every Region, an editorial reflecting the design sensibilities of the five major regions within the United States and highlighting the leading designers and manufacturers within each. Of the eclecticism within the country, Dwell writes, “What does ‘American’ design look like now? The United States may be too large and too diverse for a sweeping description.”

Pointing to the noteworthy designs of the Northeast, the publication highlighted the Risom Barstool. Made at the Knoll manufacturing facility in East Greenville, Pennsylvania, the reimagined design brings Jens Risom’s original piece to new heights for the home or workplace. Knoll introduced the Risom Barstool in 2019, adding to the Risom Collection of chairs and tables. Designed in 1943 and characterized by the use of cost-effective wartime materials, Risom’s designs were the first to be commissioned by Knoll. Described as good, honest furniture design, the Risom Collection helped establish Knoll as an early pioneer of Modernism in America. 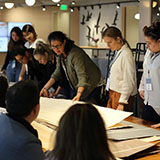 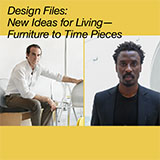 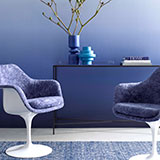