Just 28, Sasha Bikoff has already attained quite the resume. While studying art history in Washington, D.C., Bikoff decided to live abroad for a semester. She landed in the Saint-Germain district of Paris, the epicenter of the city’s design and antiques scene, and became an autodidact on the twentieth century decorative arts. When Bikoff moved back to New York, she worked, for a time, at the Gagosian Gallery in Chelsea. There, she imagined dolling out decorating advice while overseeing the installation of art in clients’ homes. She recounted one experience to The New York Times: “I’d look around and think, ‘Your couch should probably be purple, and those chairs have to go.’” Bertoia Side Chairs in the Sasha Bikoff-designed Upper East Side I. Photography by Patrick Cline.

“When I found these Bertoia Side Chairs, I recognized how special they were, combining cool modern design with bright primary colors.”

Shortly thereafter, Bikoff decided to try to cut it on her own—she founded Sasha Bikoff Interior Design in 2014, at the age of 26. In the two years since, she’s been named the “Interior Designer for the Young & Wealthy” by the Fashion & Style section of The New York Times.

Bikoff designed this Upper East Side apartment for her twenty-four-year-old assistant. She wanted the apartment to be as colorful and ebullient as its youthful occupant. When asked about the project’s design goals, Bikoff called attention to the apartment’s mix-and-match aesthetic: “It’s all about mixing pieces from different time periods to paint an eclectic and exciting vision.” Bertoia Side Chairs in the Sasha Bikoff-designed Upper East Side I. Photography by Patrick Cline.

Speaking of her affinities writ large, Bikoff told Knoll Inspiration, “I love to incorporate unique, vintage mid-century pieces into my interiors.” However, working within the tight quarters of New York real estate, Bikoff determined the dinette would have to double as a gathering space. Looking for something with color to contribute to the youthful ambiance, Bikoff found what she was looking for in designs by Harry Bertoia. Bikoff: “When I found these Bertoia Side Chairs, I recognized how special they were, combining cool modern design with bright primary colors. By pairing the chairs with a painter’s palette Lucite table from the 1980s, the dinette quickly became the conversational piece of the space.” 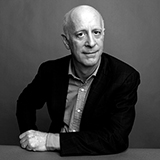