1843 Magazine – The Economist’s lifestyle and culture magazine – featured Marcel Breuer’s Wassily Chair in their “I Wish I’d Done That” series. Each month, leaders and innovators in the design world select an object, project or artwork they admire and that inspired their own work. Previous participants in the series include Knoll designers Edward Barber, David Rockwell and Piero Lissoni.

This month, German furniture designer Peter Ghyczy praises the design of Breuer’s 1925 Wassily Chair. In conversation with The Economist’s Giovanna Dunmall, Ghyczy begins his statement hailing the Wassily Chair as, “one of those rare designs that is absolutely modern in spirit but also very comfortable.” “The first time I saw the chair was in a shop in Cologne. I was so impressed,” reflects Ghyczy on his first encounter with the Wassily Chair, “The structure itself is an artwork – it’s true to itself. Each part of it is there for a reason.” Ghyczy also cites the timelessly modern construction of Breuer’s design, stating that, “the most authentic and fully developed designs last the longest.”

In addition to admiring the artful elements of Breuer’s design, Ghyczy also voices his appreciation for the particular moment in time for design the Wassily Chair represents and Breuer’s revolutionary use of tubular steel. “Breuer studied architecture, as did I, and I think that is what made him, and me, so interested in technical solutions, proportions and the weight-bearing capacities of different materials,” stated Ghyczy. Designer of the 1968 Garden Egg Chair made from polyurethane, Ghyczy cites Breuer as influential in his eagerness to adopt materials representative of technological innovation. 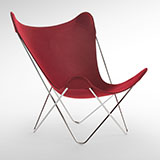 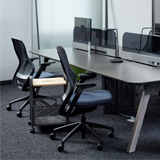 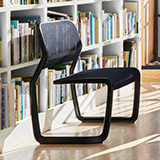 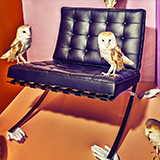 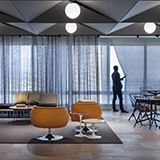