The Asymmetric Lounge is the most sculptural of Harry Bertoia’s 1952 wire chair collection. The chair never made it beyond a prototype until 2005, when Knoll, with help from Bertoia’s family, put the design into full production.  Harry Bertoia’s wire collection is among the most recognized achievements of mid-century modern design and a proud part of the Knoll heritage.

In Harry Bertoia’s original presentation of his wire chairs to Hans and Florence Knoll in 1950, he showed a chaise longue version, essentially the large diamond chair extended on two of its sides, hence the use of the term asymmetric in reference to its shape. At that time the complexity of production of all of Bertoia’s chairs was still years from being resolved by Knoll Design and Development, and as a result the decision was taken to not develop the chaise.

Two prototypes were made. In 2003 one of them was sold by Bertoia’s family and at that point Knoll obtained access to the chaise in order to use it as a model for reproduction. The original chaise was intended to be covered with a full-length upholstered pad, designed by Richard Schultz. The final production version has an optional seat pad as well as the original full cover option. 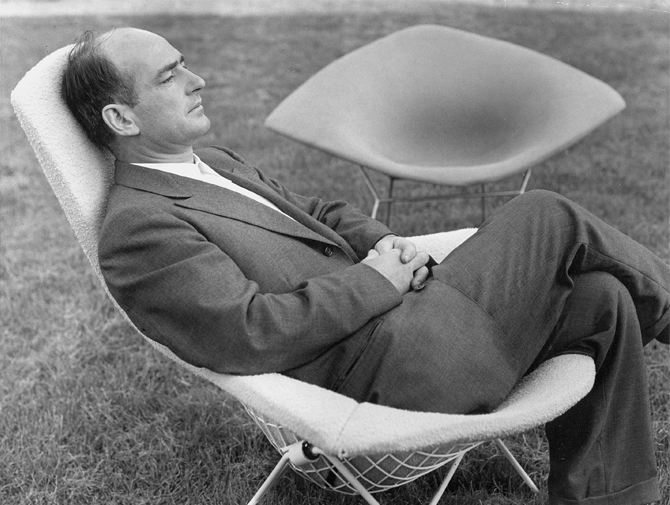