The first pieces conceived for and manufactured by Knoll, Jens Risom’s furniture was originally constructed of simple maple frames and discarded parachute webbing due to wartime material restrictions. Described as good, honest furniture design, the collection helped establish Knoll as an early provider of modern design in America.

Downloads for Risom Side Chair

Originally known as the 600 Series, the Risom Collection was the first furniture ever commissioned and manufactured by the Hans Knoll Furniture Company. Prior to meeting Jens Risom, Hans Knoll operated as an importer and distributor of European Designs. Knowing that the war would disrupt his supply lines, Hans sought a designer to develop original Knoll Furniture that could be produced locally in New York. Serendipitously, Jens Risom was looking for a salesman to promote his work. They found each other in 1941, and the two young men—just 23 and 24—embarked on a four-month research tour of the United States. Risom later recalled: “There was no furniture, nothing to be had…everybody was anxious to buy everything they could get their hands on.”

With this in mind, Risom designed a complete line of simple modern chairs, tables and storage that could be made locally, with materials not limited by wartime supply restrictions. Risom’s approach was perfectly suited for the challenge: “Design is a creative effort to successfully solve problems; ‘good design,’ therefore, is a ‘good solution’ which must satisfy the many requirements.” The resulting furniture, which Risom described as “very basic, very simple, inexpensive, easy to make” was made from offcast wood and discarded nylon webbing from parachute factories. 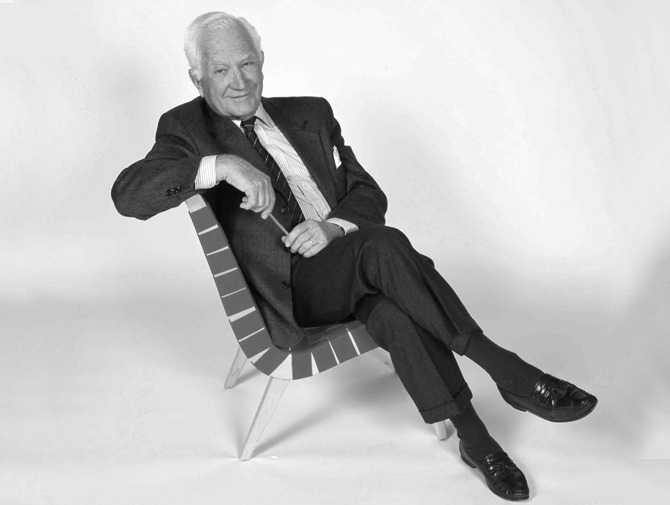 More in the Jens Risom Collection