In 1966, the Platner Collection captured the “decorative, gentle, graceful” shapes that were beginning to infiltrate the modern vocabulary. The iconic lounge chair is created by welding curved steel rods to circular and semi-circular frames, simultaneously serving as structure and ornament. 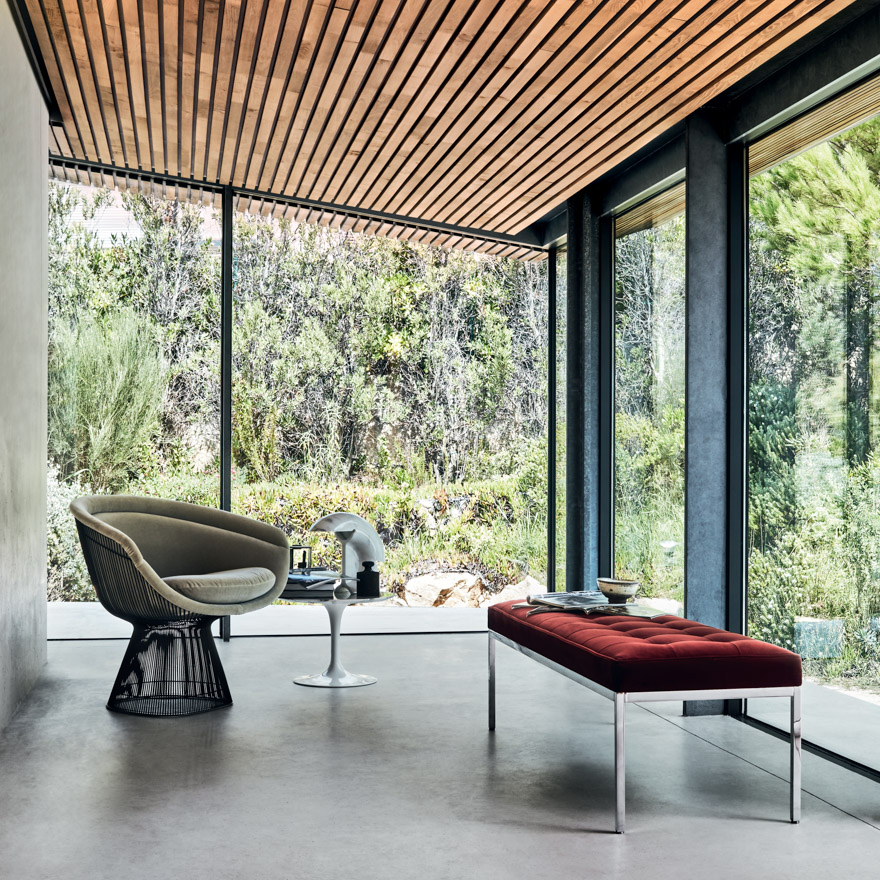 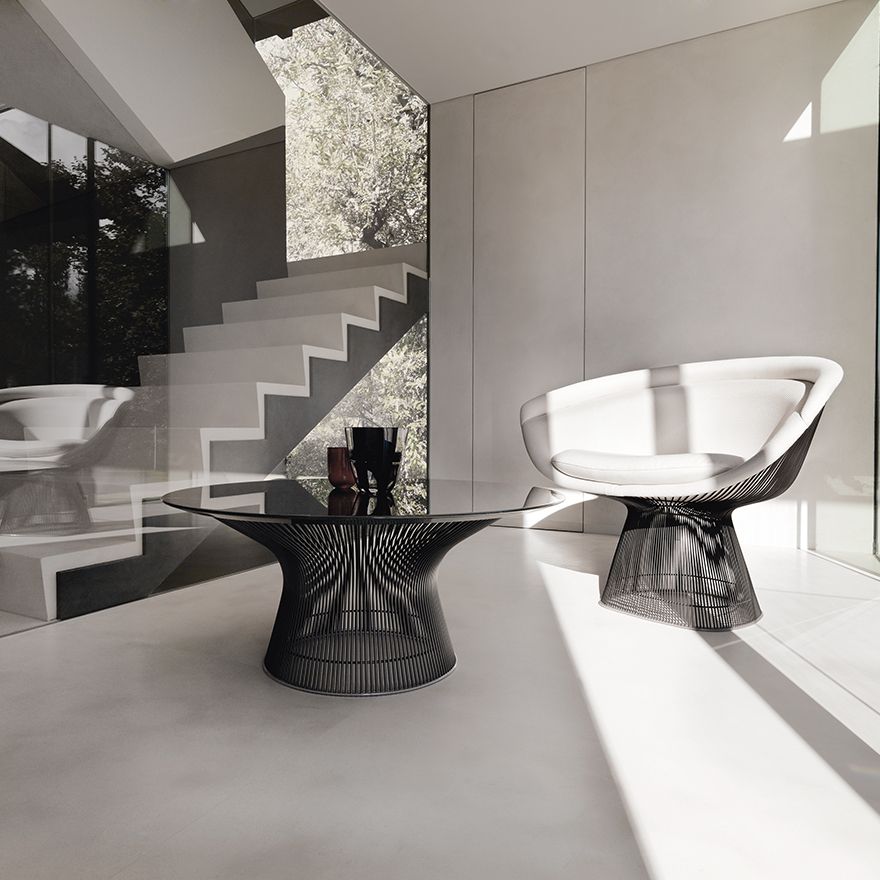 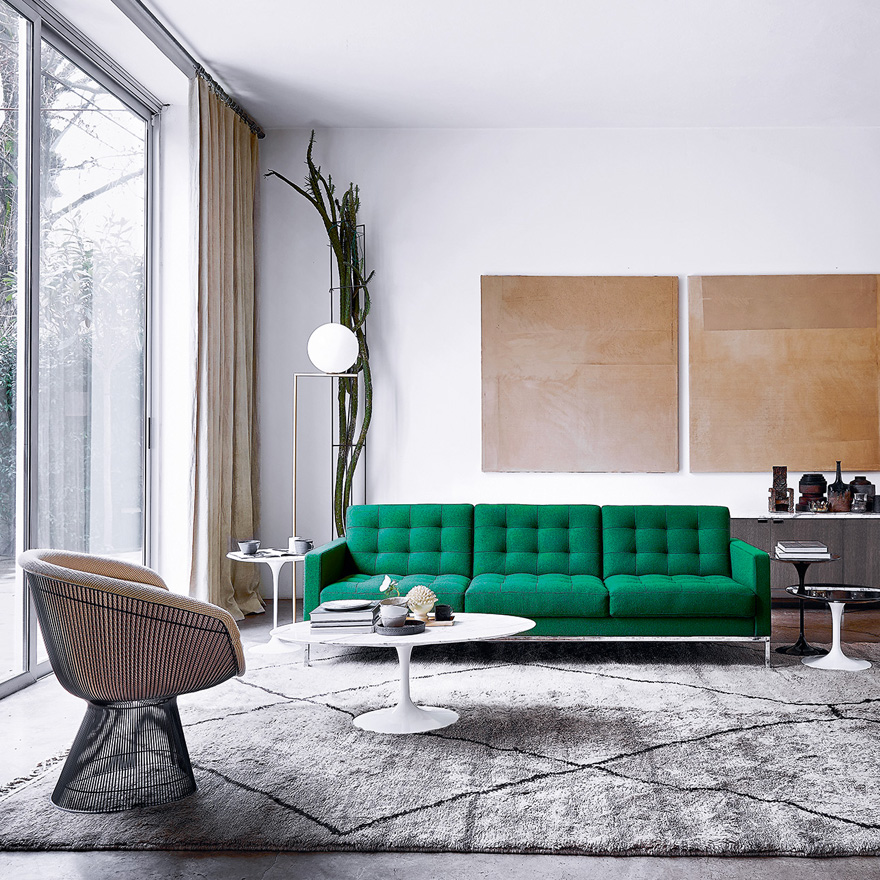 With his experience in the firm of Eero Saarinen and Associates, it is not surprising that the mantel for the second generation of pedestal and wire furniture fell on the creative shoulders of Warren Platner. Reflecting a dramatic shift in cultural values, modernism became more expressive in the 1960s. Platner felt there was an opportunity to merge the competing aesthetics of the time.

“I began to think about what I thought furniture, specifically a chair, really might be, starting with the philosophy that it isn’t going to be aggressively technological, or aggressively handicraft…I, as a designer, felt there was room for the kind of decorative, gentle, graceful kind of design that appeared in period style like Louis XV, but it could have a more rational base instead of being applied decoration…I thought why separate support from the object. Just make it all one thing. Starts at the floor and comes up and envelops me, supports me…What I wanted to achieve was a chair that, number one, was complementary to the person sitting in it, or to the person in the space between the wall and the chair — what the chair did for the person in respect to the scale of the person and the space.”

Warren Platner studied at Cornell University, graduating in 1941 with a degree in architecture. He went on to work with legendary architects Raymond Loewy, Eero Saarinen, and I. M. Pei before opening his own architecture practice. Platner made notable architectural contributions throughout his career, including the Georg Jensen Design Center and the Windows on the World restaurant in the World Trade Center ― both in New York City. It was his furniture collection for Knoll, however, that earned Platner worldwide renown.

Originally introduced by Knoll in 1966, the Platner Collection is an icon of modern furniture. Platner personally formulated the production techniques for the complicated designs with each chair requiring over a thousand welds and more than one hundred cylindrical steel rods. Knoll also introduced an executive private office collection designed by Platner.

Discover the Platner Collection
in the Archive