On August 18, Kylie Roth, Senior Director of Workplace Research at Knoll, presented “Well-being and the War for Talent,” during a panel session at the 2016 CoreNet Global ED Forum in Atlanta. Beginning with a history of the term itself, Roth discussed the growing importance of well-being and employee attraction and retention in the modern workplace alongside panelists Zoe Reich Margarites of Delos Solutions, Felicia Watts of Georgia Power, and Allyson Hajdu of Equifax. Although “wellness” originated in a rhetoric of physical health, she explained, today’s understanding of employee well-being is far more holistic, taking the mental and social aspects of work into account. The panelists continued the discussion by offering their own experiences as case studies for well-being initiatives.

Watts remarked on the expanding considerations of workplace well-being in her role as a Health Promotion Specialist. “The Georgia Power Wellness Program started around OSHA and Disability Management and has evolved to the ‘overall’ person, with programs affecting work-life balance including day care and fitness centers, and also to support the emotional as well as financial health of employees,” she said. Hajdu similarly confirmed the new “emphasis on talent, employees and engagement” over traditional business assets such as real estate and technology.

Given the relative novelty of a planning approach focused on human contentment, some solutions can be unorthodox—“We have a client, a bank in Australia, that has a chicken coop on the roof for fresh eggs," Margarites mentioned—while other initiatives focus on making the workplace more visually stimulating—Margarites also recalled a “graffiti artist painting the stairwell in a building so that it becomes a place where you want to walk.”

Beyond creative endeavors, the panelists ultimately agreed that flexibility, on both individual and group levels, offer some effective ways to inculcate well-being. As a recently published white paper from Knoll reports, providing employees with control over their working spaces correlates to an increase in overall satisfaction and health, and new design models must account for the varied range of experiences and environments suited to different types of work.

In this new paradigm, movement is given a premium. Hajdu cited an example from Equifax’s St Louis office, where “walking maps” of the building were distributed to employees to promote walking meetings. The map indicated a number of routes through the office, indicating the distances and times of different trails one could use to schedule a thirty-minute or hour-long meeting.

While the panel acknowledged that it is still difficult to measure the success of workplace well-being efforts in traditional metrics, none doubted the worth of the pursuit. In fact, when asked by audience members how best to begin bringing well-being initiatives into the workplace, both Watts and Hajdu encouraged a provisional approach in tandem with larger health programs that take longer to implement: "You just start and it can happen very organically,” they said.

The CoreNet Global Atlanta Chapter ED Forum is an annual summit that provides networking, training and educational programming for hundreds of corporate real estate professionals in a range of industries and sectors. 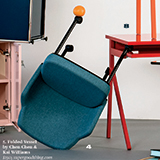 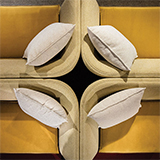 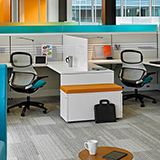 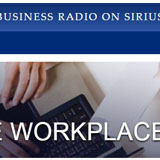 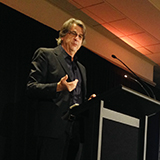 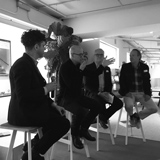