Pragmatic Planning for the Whole Office

FLEXIBILITY AND SCALABILITY. Reff Profiles components are scaled and detailed to transition from the private office to open plan workspaces. New enhancements are compatible with previously installed Reff components, ensuring the long-term viability of the furniture investment.

Continuing the tradition of past Reff products, Reff Profiles Classic refines the wood-rich, storage-based office with an aesthetic that is warm, comfortable, measured and modern. Exquisite veneer worksurfaces and overhead storage components are punctuated with metal and glass accents, offering all of the furniture and finishes needed to create a stately private office.

Reff Profiles Progressive offers smaller, architecturally lighter options and new finishes to deliver an exciting aesthetic and lower price point. Modular components — detailed in combinations of veneer, metal and glass — are scaled to reduce visual density, giving an open and refreshing alternative for the private office. Strong horizontal lines and legs that elevate storage off of the floor complete the progressive look.

Reff Profiles Adjustable Desks and Peninsulas bring a classic and architectural design solution to the sit-to-stand desk category. At home in traditional and progressive private offices alike, the desks feature the quality and presence of all Reff Profiles designs, while offering the flexibility and ergonomic benefits of a height-adjustable worksurface. Reff Profiles Open Plan Environments can also easily include freestanding height adjustable desks. 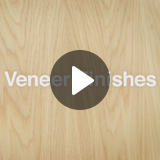 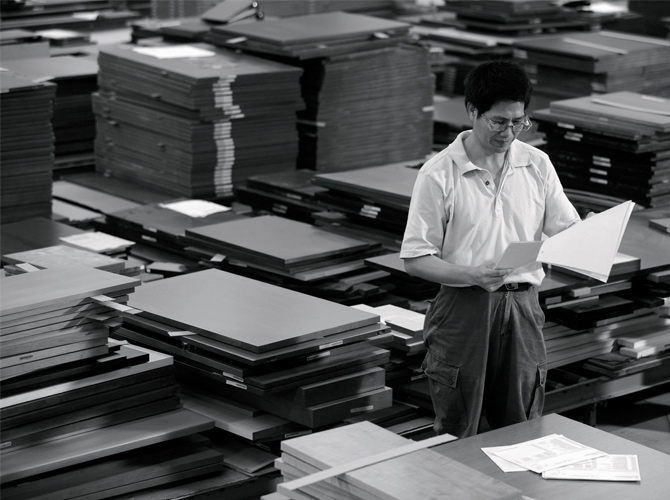 The story of Reff Profiles begins in 1964, when three brothers and a friend—Robert, Eric, Frank and Fred—started Reff Furniture with the motto, “Quality. Value. Service.” In 1978, interested in incorporating modular construction into contemporary design, the company moved exclusively to the design and development of office furnishings.

Five years later, System 6 was introduced, a revolutionary wood-panel office system that is still at the heart of Reff Profiles. Knoll acquired Reff and combined System 6 with another Reff product, System Z and rebranded it as simply Reff.

In 2010, 27 years after the System 6 debut, Knoll collaborated with Brian Graham to enhance and expand Reff. Reff Profiles retains the quality for which Reff has always been known, while adding new ideas, proportions and finishes.

Brian Graham: “We’ve really rechristened the classic look for the modern workplace. We’ve created a series of freestanding cabinetry and credenzas that are lifted off the ground, so they communicate lightness in scale and a fluidity that are very modern. The same exact storage componentry comes into the open office, which really fulfills the original Reff promise of total, seamless integration of the workplace.”

Brian Graham received a BFA in Interior Architectural Design from California State University, Long Beach, where he also served as an Adjunct Professor. He has long advocated the idea that good, thoughtful design can make a positive contribution to the quality of the built environment.

Graham Design, founded in San Francisco in 1999, provides a comprehensive approach to the design, development and marketing of furniture, accessories, lighting and related products. Resolute in a belief that design can be an effective strategic business tool. Graham draws on his background in interior design to create innovative, architectural furniture and product solutions that have been recognized for design excellence and quality.

Graham is perhaps best known for his wood casegood designs. It was this reputation that led Knoll to work with Graham to update and expand the Reff product line. 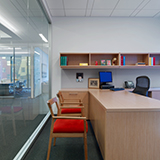 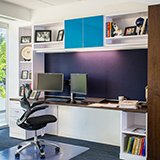